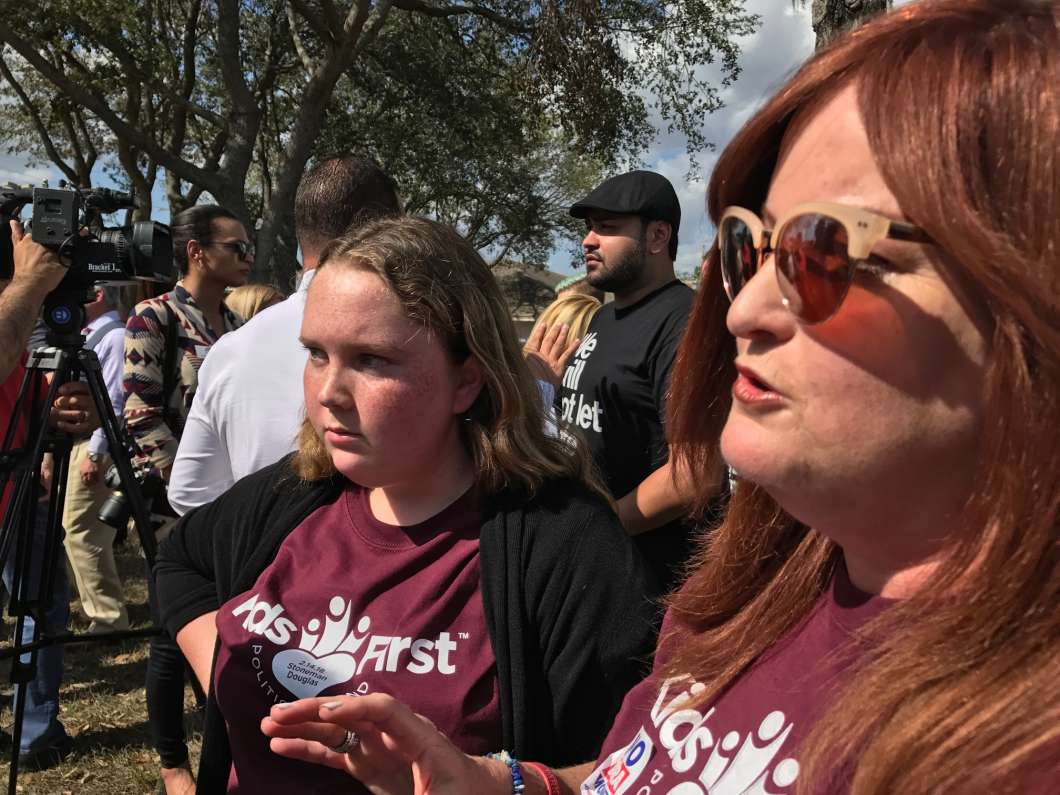 More than 20 Parkland parents joined Pulse survivors outside the Orlando gay nightclub yesterday. Returning from speaking in Tallahassee, the parents were joined by a witness and her mother who called for gun reform.

Annabel Claprood, a sophomore at Stoneman Douglas and witness to the shooting, said she was there to show support to fellow victims of gun violence in the LGBTQ community. She says legislation should have been passed after Sandy Hook to prevent both shootings.