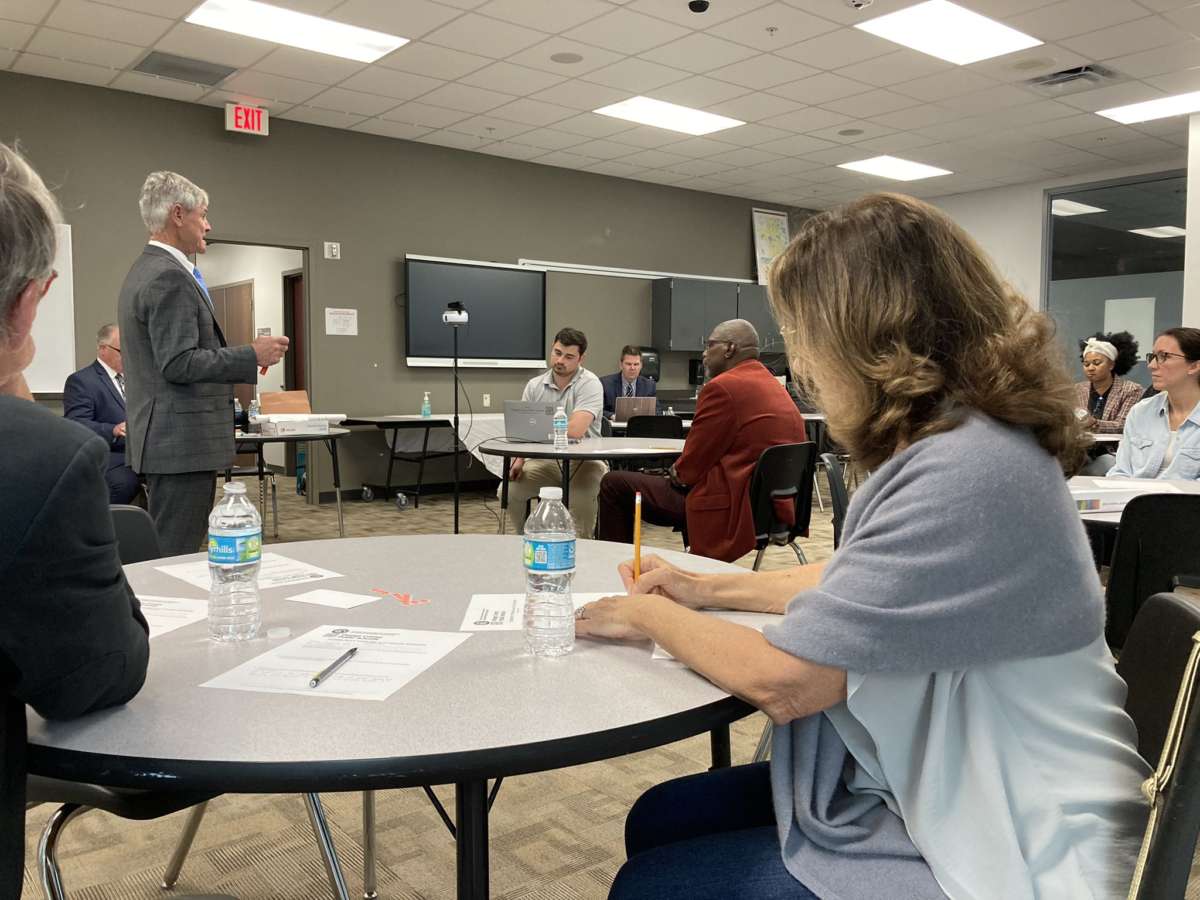 Parents and teachers met to discuss the next superintendent at Edgewater High on Wednesday. Photo: Danielle Prieur

The current legislative session shaped the feedback that many parents and teachers offered at last night’s public forum on the Orange County Public Schools superintendent search.

Erika Ransom is a mom and math teacher in the district. She says the next superintendent should be ready to stand up for the rights of parents and teachers in the current political climate in Florida.

“What some lawmakers in Tallahassee want versus what some community members in Orlando want oftentimes those two don’t necessarily line up.”

Rebecca Fernandez, also a mom in the district, spelled it out. She says the new superintendent will need to be able to push back against the chilling effects bills like “Don’t Say Gay” and the “Stop Woke Act” could have on student learning.

History teacher Clayton Phillips says without a leader who can navigate what he calls the current “culture wars” being waged in classrooms, he’s worried schools will become centers of rote memorization.

Five more forums will be held in the district through April. Feedback collected at these forums, and through an online survey, will be used to help pick outgoing superintendent Barbara Jenkins’ replacement by mid-July.