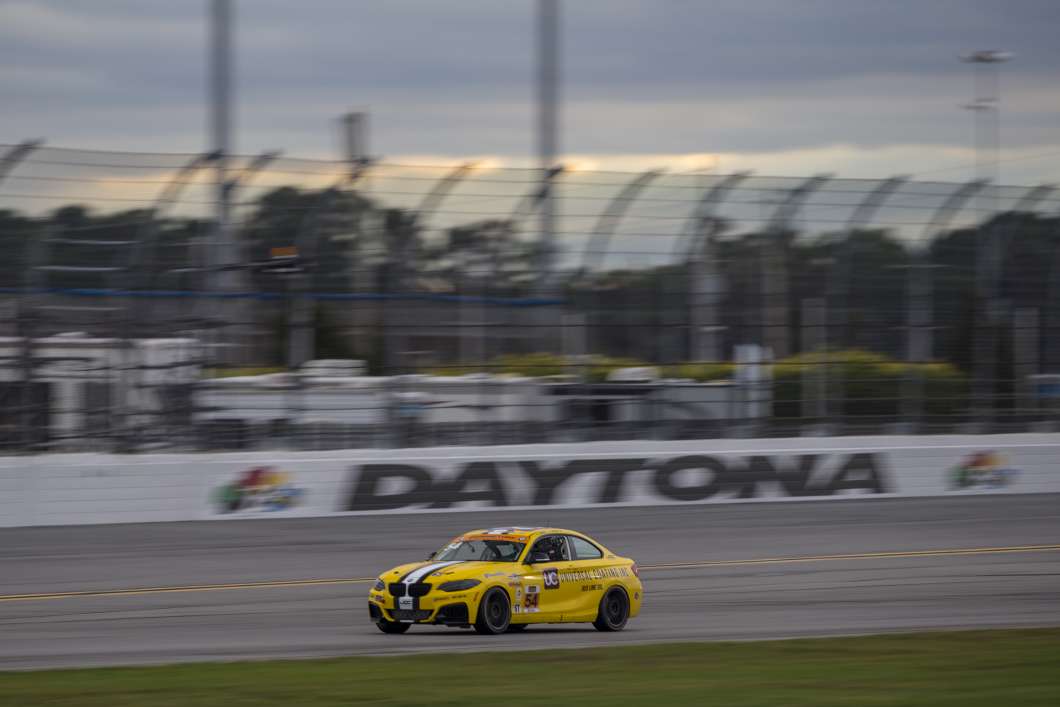 Michael Johnson was already a professional motorcycle racer when, at age 12, he was paralyzed in a crash. Johnson, now 24, has gotten back into motor sports.

The four-hour BMW Endurance Challenge is this week at the Daytona International Speedway.Michael Johnson will be driving a BMW at the race. Johnson  is paralyzed from the middle of his chest down, and drives the car using specialized hand paddles.

He said this is the first time the series has had a four-hour race.

“But I’m excited,” Johnson said. “This will be the longest race I’ve ever done before. It’s a new experience for me, getting me the preparation and skills I need to know for when I eventually move up to the bigger cars and the 24-hour race.”

Johnson was already a professional motorcycle racer when, at age 12, he was paralyzed in a crash. Johnson, now 24, has gotten back into motor sports.

“It’s really nice to show people what I can really do being paralyzed,” Johnson said. “When I talk to them, it perks a smile on their face and puts hope and confidence in what their dreams really could be.”

Johnson says the only difference between him and other drivers is that when he gets out of a car, he gets into a wheelchair and rolls away.

Hit the audio player above the story for a longer interview with Johnson.