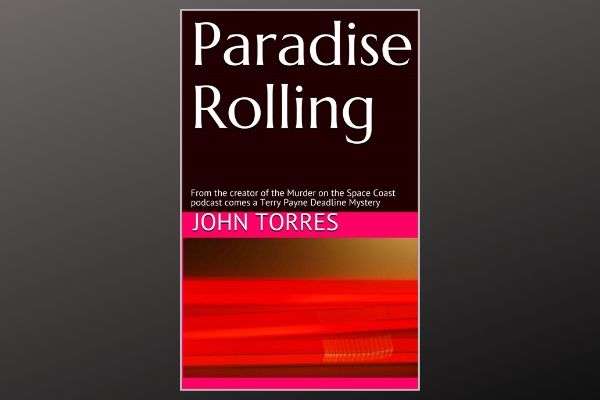 Florida Today news columnist John A Torres has just published a novel: Paradise Rolling. Torres delves into his reporting file for inspiration for his novel. He joins us to talk about his book, and the state of the media business today.

“I’ve been working on it on and off for years and years,” says Torres.

“And it just sort of started when the entire newspaper industry seemed to start to go belly up a little bit. And I thought that would be a great setting, you know, for a book and try to give readers a sense of what it’s like to work in, in such an important industry, which just can’t seem to come up with a successful business model.”

Torres describes his protagonist as “this old gruff, sort of news columnist who’s not even sure that he wants to reapply for his job, you know, as they’re having layoffs and interviews and this push towards online and social media. And then obviously, something happens that makes them want to stay.”

“I’m not sure that people like Terry Payne right off the bat, but I think they will come to like and appreciate what he stands for eventually.”