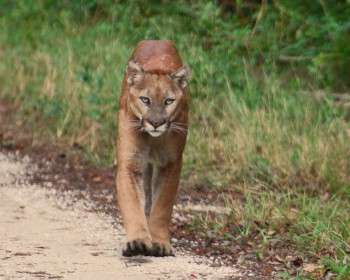 The Florida Fish and Wildlife Conservation Commission is calling for more federal involvement in managing the state’s growing panther population.

Florida Fish and Wildlife describes the Florida panther as a conservation success story as its population has rebounded to about 180 from fewer than 30 when it first was listed in 1967.

“And it is under the authority of the federal Endangered Species Act, developed and approved by the U.S. Congress, and they have been a great partner. This is not a criticism of them, but we are at a point where we feel we need to push forward, and we need them to show leadership.”

He says panthers are poised to expand beyond their primary habitat in South Florida, and Florida Fish and Wildlife is not equipped to manage a growing number of human interactions.

He emphasizes the agency is not pushing to alter the animal’s endangered status. Florida Fish and Wildlife commissioners will consider the changes at their next meeting in September.