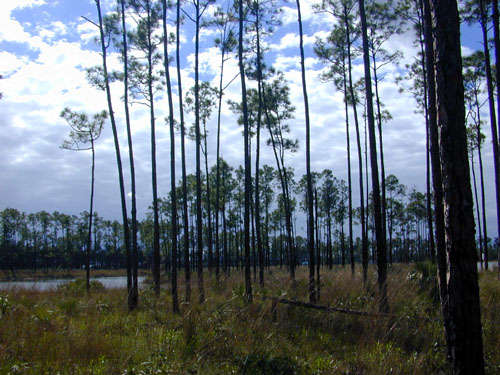 Hurricane Michael has taken a toll on Florida’s agriculture industry. Still recovering from Hurricane Irma, crop growers in the panhandle will need to tread on to recover from the economic impact.

Agricultural economists at the University of Florida predict over 90 percent of the cotton seedlings have been destroyed by Hurricane Michael. Only seven percent were able to be harvested earlier in the season.

The damage is different from how citrus growers were affected by last year’s storm. “Up in the panhandle it’s a lot of more traditional row crops like what are grown in the Midwest whereas in Central and south Florida where Hurricane Irma was hit hardest it’s mostly specialty crops – fruits and vegetables,” said Alan Hodges, Director of Economic Impact at University of Florida’s Institute of Food and Agricultural Sciences.

Citrus costs more per acre than cotton or peanuts partly due to the upkeep required for long-lasting orange trees. The panhandle’s pine plantation is most similar to the citrus industry as far as long-term investment. Florida’s multi-billion dollar timber industry may be worse off than any other crop.

Hurricane Michael, which made landfall as a category four hurricane, rampaged pine plantations in the panhandle, destroying the thin, towering trees.

“We’ve heard there was a lot of damage to pine plantations that’s probably going to be the single biggest loss,” said Hodges. “We just don’t know yet how extensive the damage is to the pine forest,”

Growers typically won’t see a monetary return on a pine investment for up to twenty years. Hodges said many growers won’t get insurance due to the cost. The forestry industry brings $25 billion dollars into the state’s economy