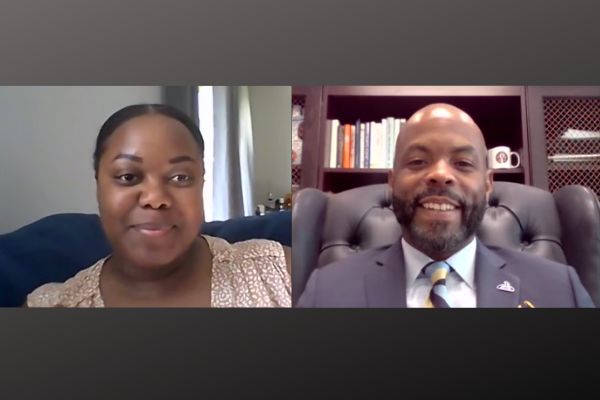 Vaccinations are more widely available now as more people become eligible, but there are still disparities in distribution. Some of the communities that are struggling to get access to vaccines are the same communities that have been hardest hit by COVID-19.

Orlando City Commissioner Bakari Burns and Jasmine Burney-Clark, founder of the Equal Ground Education Fund, join Intersection to discuss how they’re trying to get vaccines to residents who need them most.

Burns says he became alarmed when he saw the results of vaccination efforts in Orange County.

A Florida Department of Health report released Thursday says only 6% of vaccinated Floridians are Black. Over 67% are White.

Burns says he went door to door to ask seniors about their experience trying to get the vaccine.

“Because what I’ve learned in nonprofit healthcare is that first you have to listen,” he says. “You have to identify the individuals who are being impacted, listen to their stories and listen to them, and ask them for suggestions of how can we better serve you?”

Burns says he heard that seniors were having trouble registering to get the vaccine online, so he reached out to the Walmart on Princeton Street, and they implemented an offline registration system.

Burney-Clark says another disparity in Orange County was transportation.

Last month, Lynx partnered with the Orange County government to provide free rides for seniors to the vaccination site at the Orange County Convention Center. The program has since expanded to include the FEMA site at Valencia College West Campus.

Burns says the community is lucky that Lynx stepped up to help.

“That’s what’s the beauty of our community,” he says. “We have so many community assets, and everyone is coming together lending their expertise, their resources, their assets, to help individuals get, you know, get access to the vaccines.”

Burns says it’s a good thing that the Biden administration has taken a federal approach to vaccine rollout. Part of this approach will include sending vaccines directly to community health centers, which he says will help ensure the community’s homeless population has access to the vaccine.

Both Burney-Clark and Burns say they hope FEMA sites are expanded across Florida.

Burns says he wants to make sure the locations of satellite sites are chosen with the help of data.

“I applaud the expansion,” he says. “But again, we still have several other steps to take, and we need to ensure that the data is driven our decisions of where we place these locations and who we offer the vaccines to.”