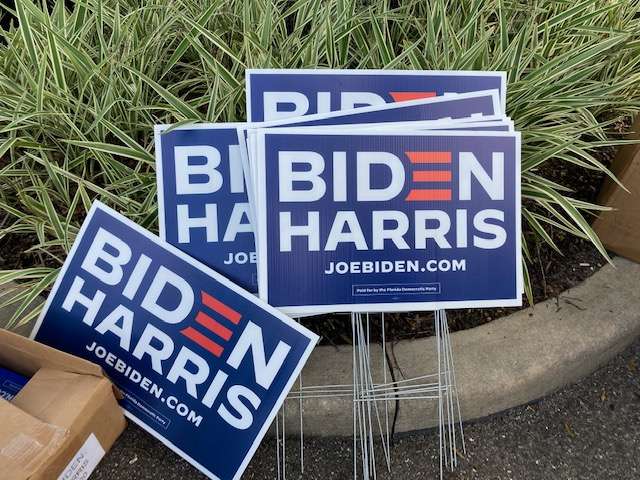 Former military leaders spoke out against President Donald Trump and in favor of Vice President Joe Biden for president today.

Retired two star Major General Steve Lepper said he took an oath to be apolitical when he was first commissioned into the Air Force.

And he said he was throughout his career. But he said he can no longer remain silent.

“But, these past four years have convinced me that I need to speak out and that my duty today is to ensure that the generations of men and women who continue to serve and who will serve in the future will benefit from having a leader that is worthy of leading them.”

Lepper said Biden knows what it means to send a child to war and to lose him shortly thereafter from cancer while he said Trump called veterans “losers” and “suckers.”

Former Florida state representative and current WMFE political analyst Dick Batchelor served as a Marine during the Vietnam War. He says he can’t support Trump, who routinely makes fun of war heroes like Sen. John McCain while he avoided fighting in the conflict.

“He got six deferments from his doctor. But then he becomes president and then how does he treat those people? Losers who went to the Vietnam War. I’ve got friends’ names on the wall in Washington. They lost a lot, but they’re not losers.”

Batchelor says Trump is AWOL on the budget, on COVID-19, and in support of American priorities overseas.

Saturday marks the last day to request a vote-by-mail ballot in Florida.