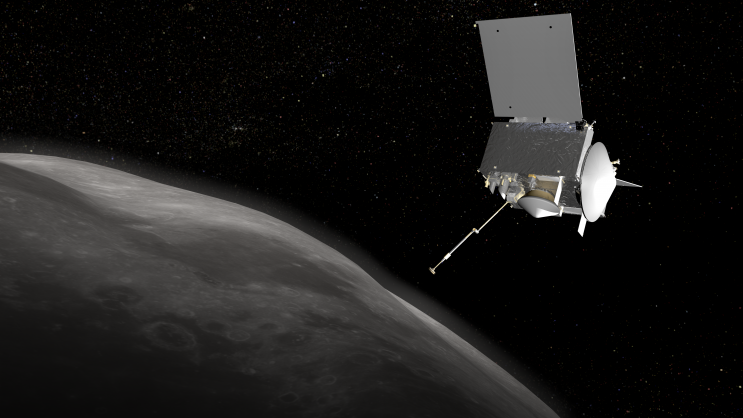 A deep space craft is on a 4 billion mile mission to snag a sample of an asteroid.

Launching into a clear blue sky at Kennedy Space Center, an Atlas V rocket sent OSIRIS-REx on a seven year mission to asteroid Bennu. The spacecraft heads to an orbit around the sun before it sling-shots around Earth on its way to Bennu — about a two year journey.

“With today’s successful launch, the OSIRIS-REx spacecraft embarks on a journey of exploration to Bennu,” said Dante Lauretta, the mission’s principal investigator from the University of Arizona, Tucson. “I couldn’t be more proud of the team that made this mission a reality, and I can’t wait to see what we will discover at Bennu.”

Bennu is a near-earth asteroid that orbits the sun, and makes relatively close passes to Earth. The plan is to catch up with the asteroid and grab a sample of the dirt and dust on the surface. Scientists hope to find evidence of prebiotic organism that hold the keys to how life began in our Solar System.

LISTEN: The ‘Are We There Yet?’ podcast goes in-depth on the OSIRIS-REx mission.

To capture the dust sample on the surface, the space craft will “kiss” the asteroid with a robotic arm, gently touching the surface. Nitrogen gas then blows on the surface to stir up the particles and snatch them up.

Those samples will return to Earth, ending the seven-year mission. NASA will save about 75 percent of the sample for generations of scientists to come.

Scientists hope to better understand the way these asteroids behave in orbit, and if they could threaten Earth.

This is the first mission of its kind for NASA. Scientists from across the country are helping with the mission, including planetary scientists from UCF.