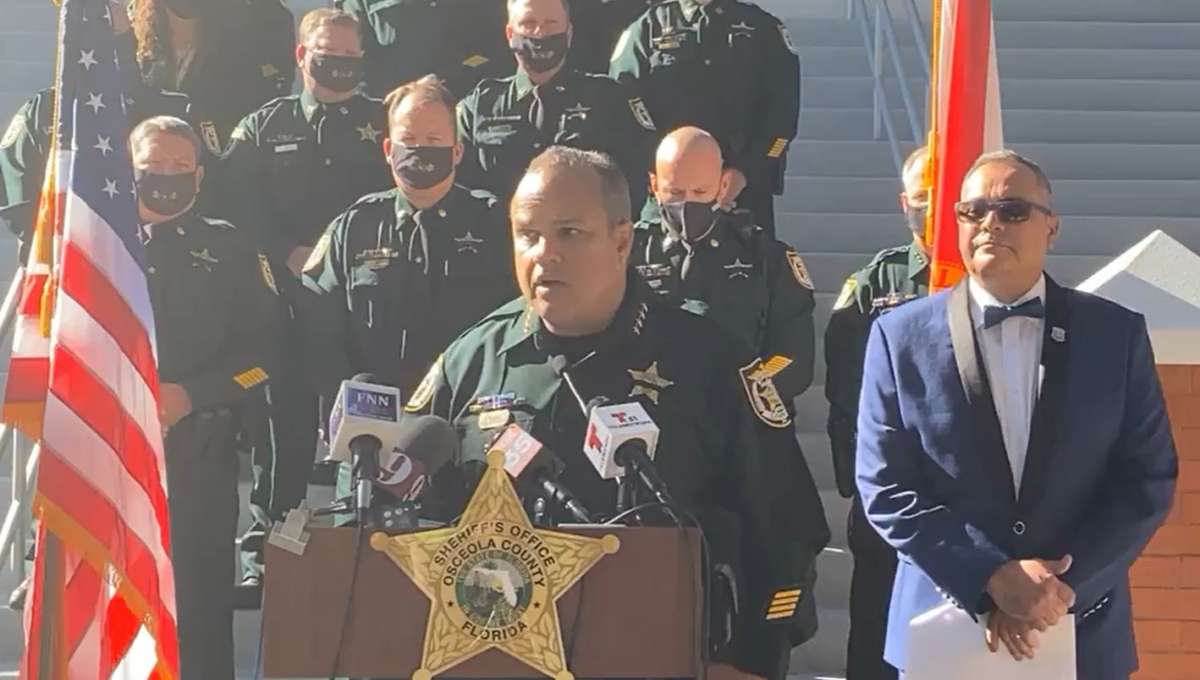 Osceola County’s first Hispanic Sheriff, Marco Lopez, has been sworn in, saying he wants to bring more transparency to the office.

The ceremony in front of the Osceola County Courthouse this afternoon included an invocation from Lopez’s father, Pastor Pablo Lopez.

Lopez said it’s an honor to be the first Hispanic elected sheriff in Central Florida. He said he’ll bring better representation to the office, and he’ll work to bring the community together and “avoid any type of misunderstandings, unnecessary shootings or abuse of any citizen in our county.”

Vowing to bring more transparency to the sheriff’s office, Lopez said he’ll get input on policing from residents  via a community advisory review board.

He wants deputies trained in de-escalation, and in how to identify mental illness. And he said a veterans liaison department could help deputies identify veterans who need follow up care.

When asked about the Black Lives Matter movement, Lopez responded “I’ll be honest, I’m Latino, I’m brown, all lives matter to me.”

“I’m tan, I’ve been discriminated [against] my whole life, but that never stopped me,” said Lopez.

“We’re going to teach the younger generations that we’re all the same here, we’re all going to work together, we’re all contributing citizens in this county, and I’m going to stand firm on that: we all need to get together as one.”

Watch the swearing in ceremony on the Osceola County Sheriff’s Office Facebook page.

Listen to Marco Lopez talk about his goals for the sheriff’s office in conversation with WMFE’s Talia Blake.