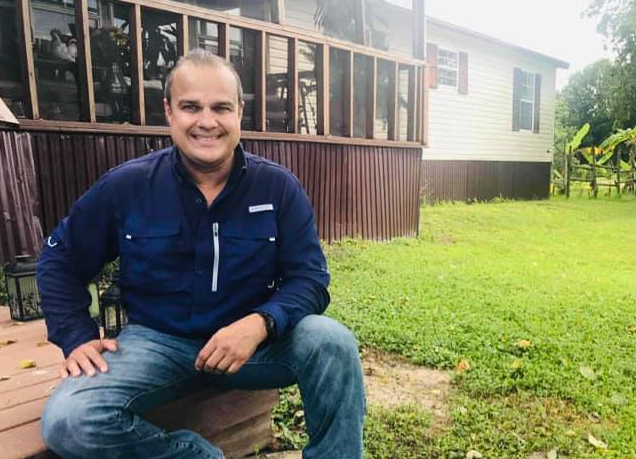 Marco Lopez is Osceola County’s first Hispanic sheriff. Lopez won in a landslide during the November elections. He’ll be sworn in next month.

WMFE’s Talia Blake caught up with him to see what he has planned for the department.

TALIA BLAKE: Sheriff-elect Marcos Lopez, thanks for joining us. What does it mean to you that when you take on the position in January, you’ll be Osceola County’s first Hispanic sheriff?

MARCO LOPEZ: It’s a good feeling. I’m honored, but I do feel the pressure, because I want to be known, not just only the Hispanic sheriff, but one of the best sheriffs that this county had.

BLAKE: You were working under incumbent Russ Gibson, when you announced that you were running for Sheriff and then Gibson fired you. Can you tell me about that, and what he said to you when he fired you?

LOPEZ: Under the resigned to run law, they created that law so if a subordinate of the current elected Sheriff decides they want to run for his elected position, they can. Once I qualify, which would have been June, I had to resign. He went ahead and jumped the gun earlier, and went ahead and terminated my position saying I had no constitutional rights to run against a seated sheriff. It was a kick in the stomach, I’ll be honest. I go, “this is not this is not right.” I just told him November 3,  we’ll be swapping seats. And he pretty much said Good luck. And I walked out.

BLAKE: You won in the primary elections that were just last month in a landslide. Your platform at its core was really about transparency and diversity. So what are your plans for your first six months as Osceola Sheriff?

LOPEZ: Well, actually, we’re going to do it the first 100 days. I want to put all my campaign promises in effect. I’ve already started working on them, I created a program called CARES. It’s called ‘Community Advisory Review Board of Enforcement Standards.’ We have no type of board for the citizens to see how we operate, why we operate, and how we function. That’s going to be part of that transparency that is really important. And the diversity aspect of it is I mean, it’s just common sense. You can’t have an all black community being policed by an all white police force. It doesn’t work. You got to look like the people you serve. There’s a lot of qualified minorities out there.

BLAKE: And in those first 100 days, or the six months, are there any reforms that you want to bring about with the sheriff’s office?

LOPEZ: One thing that I’m going to be pushing for is a de-escalation training with mental health for all our employees. People got to understand that when a deputy goes out there to 12-15 calls a day, it’s negative contact. This is a buildup. And if we don’t have a de-escalation training with any type of mental health counseling at the department, which we do not, I believe that that’s part of the problem with those small percentage of officers that actually go out there sometimes and have those unnecessary use of force incidents. Also, a veterans liaison department. Being a veteran, I’ve seen a lot of veterans relocating here to Central Florida, especially since they opened Lake Nona. A lot of them have mental health issues. We need to know how to respond and deal with this.

BLAKE:And I want to touch on something you just said about de-escalation and those few bad apple police officers. What do you think about the movement to defund the police that grew out of the protests over the summer?

LOPEZ: I know a lot of people take the defunding out of context. I know what they mean. They want us to put the funds into the right places, and that’s what I’m attempting to do. The past sheriff invested $1.9 million in community services. That is unheard of, basically, it was just a reelection campaign for him. And then he spent about $130,000 in training. We could take that budget and cut it to $200,000 or $300,000. There’s a lot of things we can do with that money. And that’s what we’re going to do. We’re going to reallocate these funds and create these departments that are actually going to benefit the community because they benefit us and we provide a better customer service. People are happy, we have transparency. Those are the things that I’m looking at when when I think about defunding the police