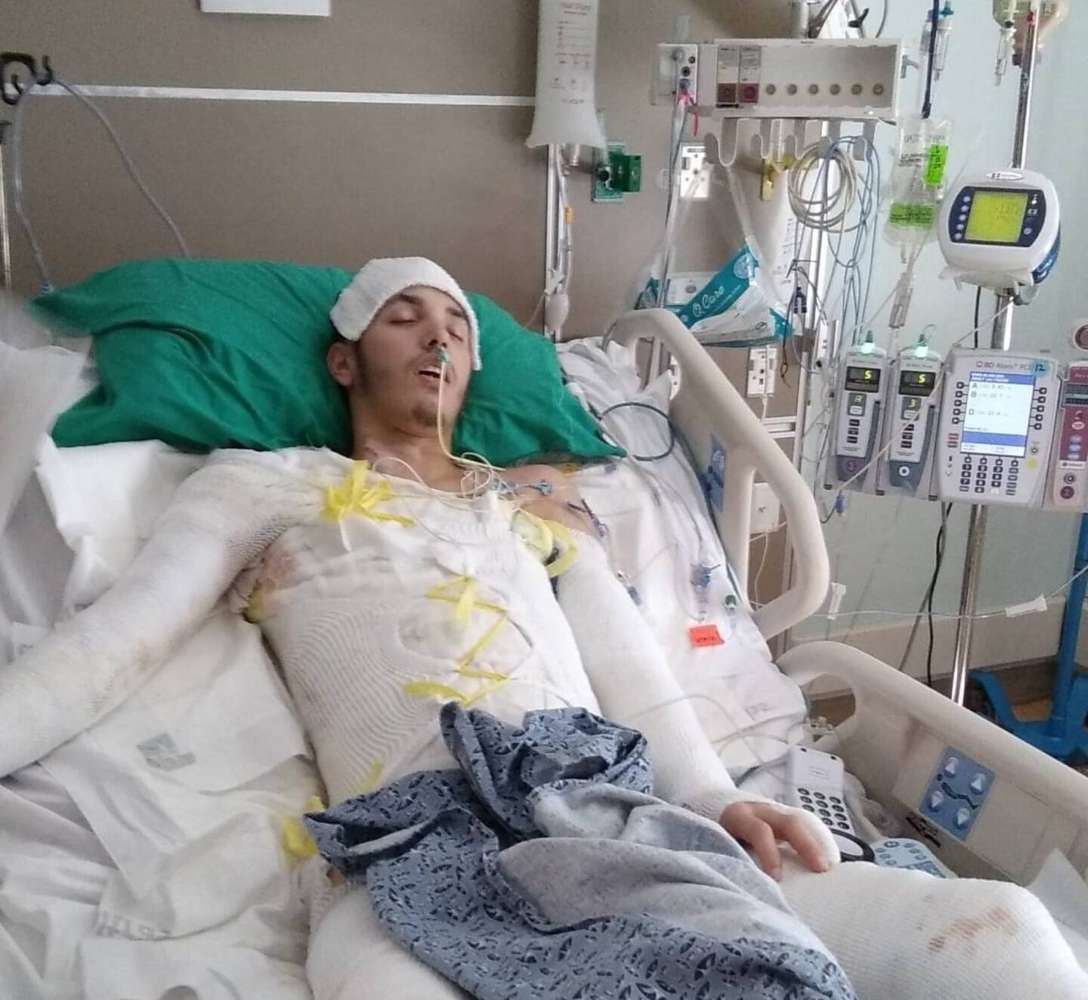 The Osceola County Sheriff's Office says Jean Barreto was severely burned when a deputy discharged a Taser at Wawa gas pump with gas on the ground and started a fire. Photo: Nejame Law

Osceola County Sheriff Marcos Lopez is recommending a misdemeanor charge against one of his deputies after a dirt bike rider was set on fire at a Wawa in Orange County.

Lopez says his office has filed a probable cause affidavit with the State Attorney’s Office for culpable negligence against Deputy David Crawford.

In a prepared statement, State Attorney Monique Worrell’s office said: “Upon receipt of the information from the Sheriff’s Office, the State Attorney’s Office will review the case, conduct any supplemental investigation needed, and file the appropriate charges.”

At a press conference Thursday, Lopez showed video from Feb. 27 of the dirt biker rider driving “recklessly” and being followed by a helicopter for about 30 minutes.

Lopez said deputies tackled the 26-year-old man, Jean Barreto, at a gas pump, and gasoline spilled from the bike.

“Deputy Crawford picks up Deputy Koffinas’ Taser and says, ‘You’re about to get Tased again, dude.’ Immediately after this comment, the fire ignites.

A fire marshal’s report said discharging the Taser caused the fire, which engulfed Barreto, and also injured Crawford and another deputy.

Barreto survived with severe burns over 75 percent of his body. Lopez is recommending several charges against him, including felony fleeing and attempting to elude law enforcement.