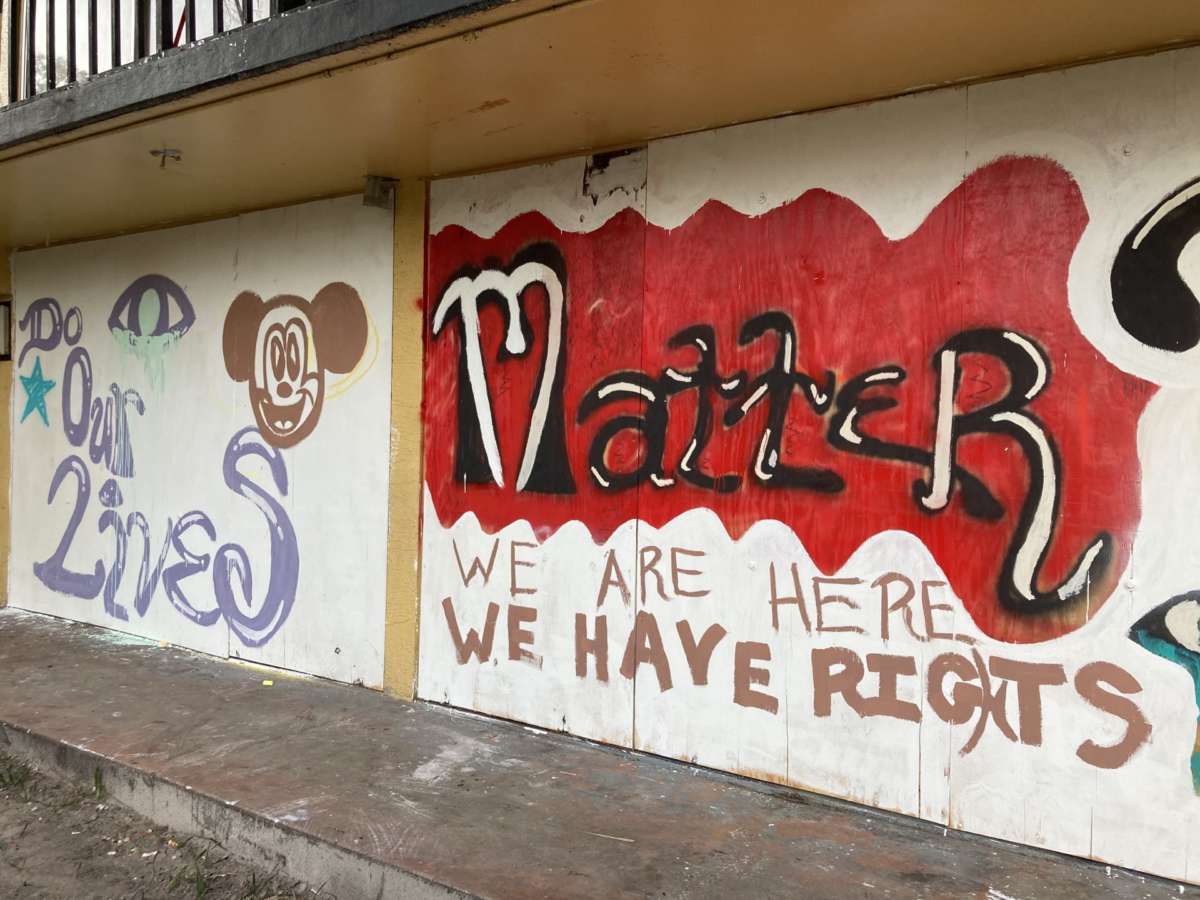 Osceola County says it has plans to demolish the Star Motel. It’s a recently boarded-up building without electricity and running water, where a handful of families are still living.

In a statement, the county said it “continues to follow the process in place to bring both hotels to the County for authorization to move forward on demolition.” That includes the Star Motel and adjoining property, Lake Cecile.

But that order would not come before the board until after January 1st.

Star Motel Manager and resident Sarah Russo says this plan will push remaining residents off the property without considering that the Star is their home and a last resort.

“It tells me that they really don’t care. And they’re not willing to try. They just want to give up. And for me, that’s not an option.”

Rev. Mary Downey of The Community Hope Center says she believes people in the county deserve to have safe and sustainable housing.

“I know that people who are living there are still very sad because it’s been the place that they had called home. But I really do believe that there are better places for them to live that can be safer and where their family can thrive instead of just survive.”

Congressman Darren Soto says since the motel is in a state of deterioration, it would eventually have to be taken down.

But he says there’s a lot more that still needs to be done at the federal level to help out these families.

“In the short-term we have to pass another compromise coronavirus relief package – the housing funds many of these applications are ending this week.”

Back at the Star Motel, Sarah Russo sums up the impact of the county’s plan in this way. She says she’s been homeless before, along with owner Teena Conley.

“We’ve both been through what people are going through now. Being homeless is Hell. It is literally the worst thing in the world. I wouldn’t wish being homeless on anyone. Let alone someone with kids.”

The county is planning on meeting with the management of the Star Motel in January.