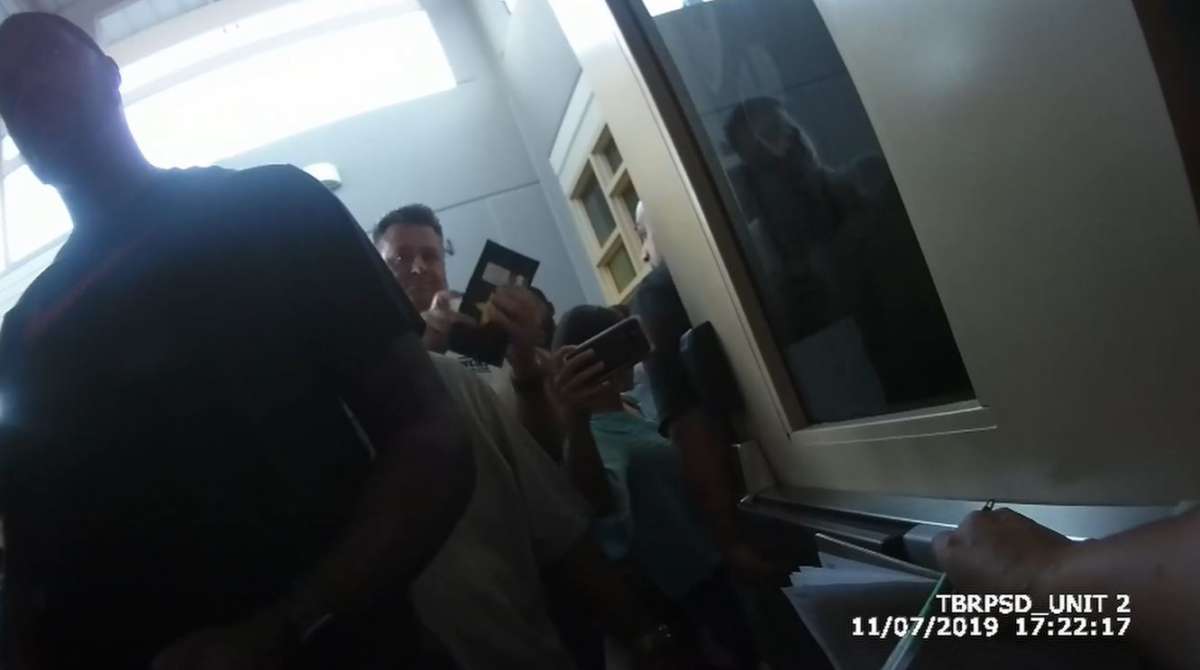 Osceola County Commissioner Fred Hawkins has been arrested and charged with impersonating a law enforcement officer.

The Florida Department of Law Enforcement says Hawkins flashed sheriff’s office credentials and threatened a security guard with arrest while trying to enter an HOA meeting.

According to the arrest affidavit, Hawkins was trying to enter the East Lake Elementary School library, which the Turnberry Reserve Homeowners’ Association had rented to hold a board election on November 7th last year.

A security guard had been posted at the door to keep non residents of the HOA out of the meeting. The Security guard told Hawkins to step back as he approached her, displaying a sheriff’s badge in a credential wallet.

He was arrested by FDLE agents Monday night on one count of false personation and booked into the Osceola County Jail on a $1,000 bond.

The case is being prosecuted by the State Attorney’s Office in the 9th Judicial Circuit.

Hawkins is running for state house in district 42. A spokesperson for his campaign said he was innocent of the allegation, describing it as an “orchestrated witch hunt.”