Oscars 2020: A Podcast Playlist For The Best Picture Nominees 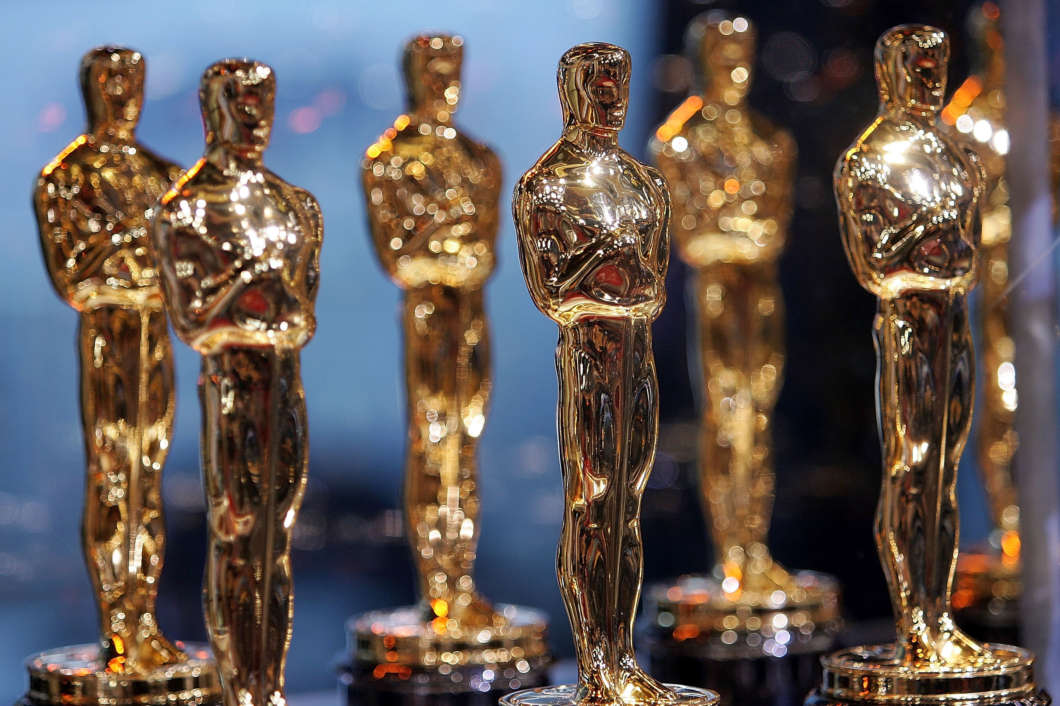 Oscar statues are displayed at the 2007 "Meet the Oscars" event on February 12, 2007 in New York City.
Image credit: Bryan Bedder

There are nine nominees for best picture this year, and we’ve covered all of them on Pop Culture Happy Hour. We’re cramming for Sunday night’s awards, and we know some of you are too. We’ll be tweeting and writing and recording on Sunday night, and we’ll have our wrap-up on Monday morning, so until then, enjoy this look back at some of our favorites (and not-so-favorites) of 2019 that have risen to the top of this particular pack.

1917 is directed by Sam Mendes and follows two young World War I soldiers who are sent on a dangerous mission to deliver a crucial message. And just to increase the level of difficulty a little, the whole movie is crafted to look like one continuous shot.

‘Parasite’ Is A Genre-Bending Look At Capitalism

Even if you’ve seen a lot of movies about class struggle, you can bet you’ve never seen one like Parasite. From director Bong Joon-ho, it tells the story of two families, one with a lot of money and one that’s just struggling to get by. Parasite won the top prize, the Palme d’Or, at this year’s Cannes Film Festival, and it’s South Korea’s entry into this year’s Oscars race.

‘Once Upon A Time In… Hollywood’: Tarantino’s Fairy Tale Turns Grim

Once Upon A Time In… Hollywood is writer-director Quentin Tarantino’s ninth film. It stars Leonardo DiCaprio as a fading western actor named Rick Dalton and Brad Pitt as his loyal stuntman Cliff Booth. It’s set in the changing Hollywood of 1969, and in many ways, it’s a breezy romp through studio backlots and makeup trailers — but hanging over every frame is the threat of violence, in the form of a very real historical tragedy — the brutal Manson family murders in the Hollywood Hills. It’s glossy L.A. nostalgia laced with grisly violence — it’s peak Tarantino, but does it work?

In ‘Joker’, Joaquin Phoenix Gives A Big Performance In A Flat Film

In the new Todd Phillips film Joker, Joaquin Phoenix plays Arthur Fleck, an aspiring comic. Neglected by the world and beaten down everywhere he turns, Fleck does what any discouraged clown would do: he becomes a menace.

Greta Gerwig was nominated for an Oscar for directing 2017’s Lady Bird. She’s following it up with an adaptation of Little Women that features two of her Lady Bird stars, Saoirse Ronan and Timothée Chalamet. Ronan plays Jo, the free-spirited March sister. She’s joined by Emma Watson, Florence Pugh, and Eliza Scanlen, Laura Dern and Meryl Streep. Gerwig also wrote the script, which makes some changes to the story and the structure of Louisa May Alcott’s book.

Settling The Scorsese: ‘The Irishman’

The movies and the mob have made a winning combination for decades. The Godfather, Goodfellas, The Departed — and that’s on top of television projects like The Sopranos. Now, Oscar-winning director Martin Scorsese brings you The Irishman, and he’s put together quite a cast. Robert DeNiro plays a hit man, Joe Pesci is his boss, and Al Pacino is Jimmy Hoffa. In a sign of some of the changes shaking up the industry, The Irishman comes to you via Netflix.

‘Marriage Story’: For Better Or Divorce

What’s the opposite of a love story? It might be the new Noah Baumbach film Marriage Story, starring Adam Driver and Scarlett Johansson as a couple we meet when they’re just starting their divorce. For the next two hours, we watch them argue and negotiate over how to separate and how to co-parent their young son. Marriage Story also stars Laura Dern and Ray Liotta as aggressive divorce lawyers and Alan Alda as a gentler hand who tries to give less combative representation. Baumbach both wrote and directed the film, which is now streaming on Netflix.

‘Jojo Rabbit’: Should You Go, Or Waititi To See It?

Jojo Rabbit is a dark comedy from writer-director Taika Waititi. Based on a 2004 novel by Christine Leunens, the film follows Jojo, a German boy who remains loyal to Adolf Hitler as World War II winds down. In fact, he envisions the leader as his imaginary friend.

Cars that are going very fast have been cinema staples for decades. In Ford v Ferrari, we find out a little about what it can take to make them go that fast. Starring Matt Damon and Christian Bale, the film indeed tells the tale of an epic battle of Ford versus Ferrari in the 24 Hours of Le Mans race in 1966.