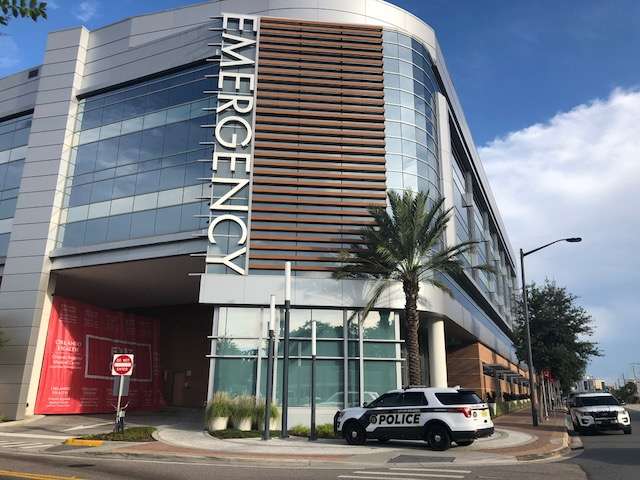 Orlando Police say they responded to a call from staff at the Orlando Regional Medical Center’s ER staff at 6 AM Monday. A 35-year-old white male suspect who had been transferred via ambulance told staff he had a gun and threatened to shoot.

Three officers who had arrived on the scene, fired on the man, shooting and killing him. He was unarmed.

At approx 6 am, OPD responded to ORMC (ER) for reports of a male subject who claimed to have a gun and was threatening to shoot. Crisis negotiators showed up. When officers approached the subject made aggressive movements, officers fired. Suspect was shot. No one else hurt. pic.twitter.com/z2CFGftZcv

Orlando Health says only the ER is currently on lock down as CSI investigations continue.

Update: ORMC is continuing operations. Only the emergency department is on lockdown. Check back here for updates.