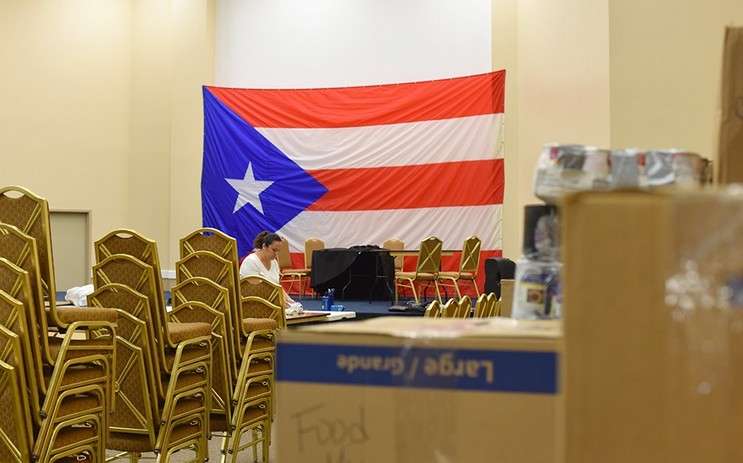 Karen Díaz de Suarez’s hands were trembling Sunday when she finally got the call from her brother that he and his family had survived Hurricane Maria.

For days after the storm decimated buildings, flooded homes and knocked out power for the entire island, Díaz de Suarez didn’t sleep or eat much while she waited anxiously, to hear from her seven siblings who live in Puerto Rico. When her brother finally called, he said Maria sounded like a monster outside their home.

While Díaz de Suarez waits to hear from the rest of her siblings, she and dozens of Central Florida residents were gathering food, water, monetary donations and other supplies in Orlando to send to Puerto Rico. As they worried about their loved ones, Orlando’s Puerto Rican community stacked piles of bottled water, organized canned goods, separated clothing and collected heaps of pampers at Acacia El Centro Borinqueño for the 3.4 million American citizens on the U.S. territory.

The devastation from the hurricane left Puerto Rico on the brink of a humanitarian crisis and the island could be without electricity for four to six months.

Jimmy Torres-Vélez, an organizer for CASA, the group collecting donations, says hundreds of volunteers have been showing up to work throughout the day and night. The challenge now is getting donations to the Puerto Rican people quickly – some shipping ports on the island remain closed and CASA is trying to find a warehouse because it’s running out of room. Torres-Vélez called for local business leaders and elected officials to reach out and help now because Central Florida’s Puerto Ricans are in this for the long run.