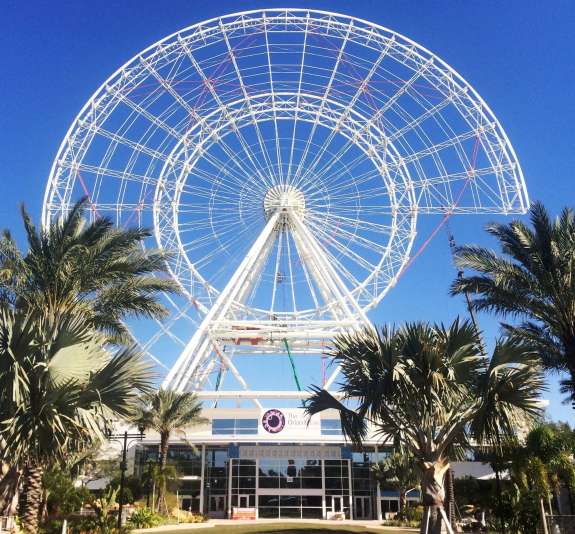 Orlando’s newest attraction, the I-Drive 360, opens Monday. It’s now wait and see as to whether this mega-entertainment complex can draw locals to I-Drive.

The I-Drive 360 gives visitors a chance to hang out with President Obama and Taylor Swift at Madame Tussauds wax museum, view more than 5,000 animals at The Orlando Sea Life Aquarium, and of course, ride the mammoth Orlando Eye.

Caitlin Dineen covers tourism for The Orlando Sentinel. She said not everything will be open and ready for the first visitors. “When people show up, it’s not going to be one and done,” said Dineen. “They’re going to see tons of empty store fronts, there’s going to be construction still, so this really is only one big step in a larger development.”

Dineen said the I-360 is one more reason Orlando tourism officials expect record-breaking numbers to climb even higher.

Click the audio icon: to hear Catherine and Caitlin discuss the I-360.