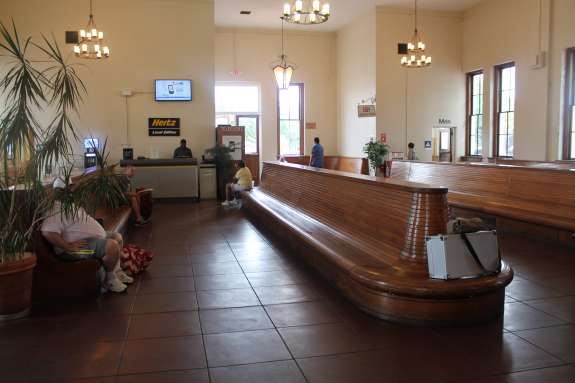 The historic Sligh Boulevard Amtrak Station now features 1920s style windows and doors–all recreated from original photos of the building. It is handicapped accessible and has an improved air conditioning system.

District 4 Commissioner Patty Sheehan celebrated the $2 million facelift with other city officials at a ribbon cutting this morning:

“The fact that now it’s historically accurate–it’s not falling apart–we’ve got it shored up,” she said.  “The roof has been fixed now. It’s going to be, I think, another 100 hundred year building.”

Architects will renovate the bathrooms in a phase two project that Richard Forbes, Orlando City Historic Preservation Officer, said could cost up to $2 million. For him, preserving the landmark is important to Orlando history.

“So many people will tell you I first arrived in Orlando at this train station and I still use it. You know, they have a lot of fond memories, so it’s nice to have it back up and looking good,” he said.

More than 160,000 passengers travel through the Sligh Boulevard Amtrak Station, according to transportation officials.