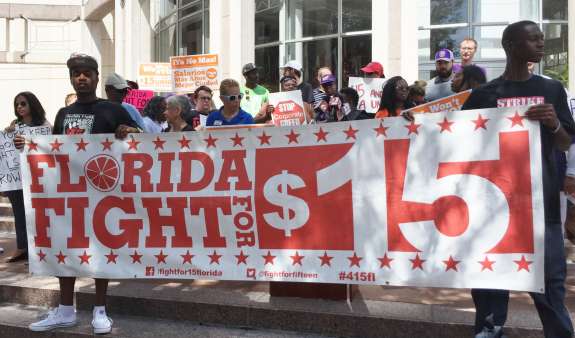 Orlando’s fast food workers say an $8.05 hourly wage is not enough to live on. Dozens rallied in front of City Hall today in a push to see Orlando join New York and raise the minimum wage to $15.

Buger King cashier Clint Cuyler said he and his coworkers serve hundreds of tourists every week; yet live off of food stamps.

“It’s so much money coming into Orlando, and it’s just so far-fetched that we’re not being paid like we should or like we deserve to be paid. We’re over worked and underpaid, and that’s not right.”

City officials said the raising the minimum wage in Orlando would affect only a small number of residents compared to changes at the state and federal levels.