From the Pages of Orlando Weekly: To secure its future, humanity needs to work together without politics 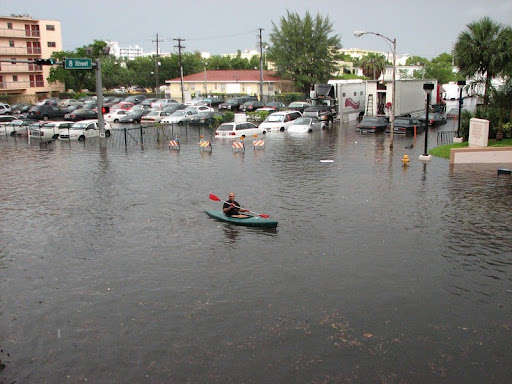 Photo by Maxstrz on Flickr: Flooding in Miami’s South Beach

The 4,000-page report released by the Intergovernmental Panel on Climate Change  last week leaves little room for optimism: Things are bad. They’re going to get worse. They might get catastrophic. And in case anyone’s still questioning, the report says the problem is “unequivocally caused by human activities.”

If the world gets its act together quickly, we might be able to halt the crisis. Otherwise, things go sideways fast. At 2 degrees warmer, the permafrost thaws, Arctic sea ice melts, sea rise engulfs the coasts, and deadly heat waves, severe droughts and intense hurricanes become common.

The bottom line is that humanity has a very short window in which to preserve a future.

If ever there were an issue that should unite us, this is it. But the more serious we are about addressing climate change as a crisis, the more politically difficult it becomes to achieve.

None of the necessary fixes will happen without government intervention on a scale we’ve not seen since the New Deal. This won’t seem fair to those whose livelihoods are uprooted. It will be incredibly disruptive.

Of course, the alternative will be much more disruptive. All we have to do to get that is nothing.