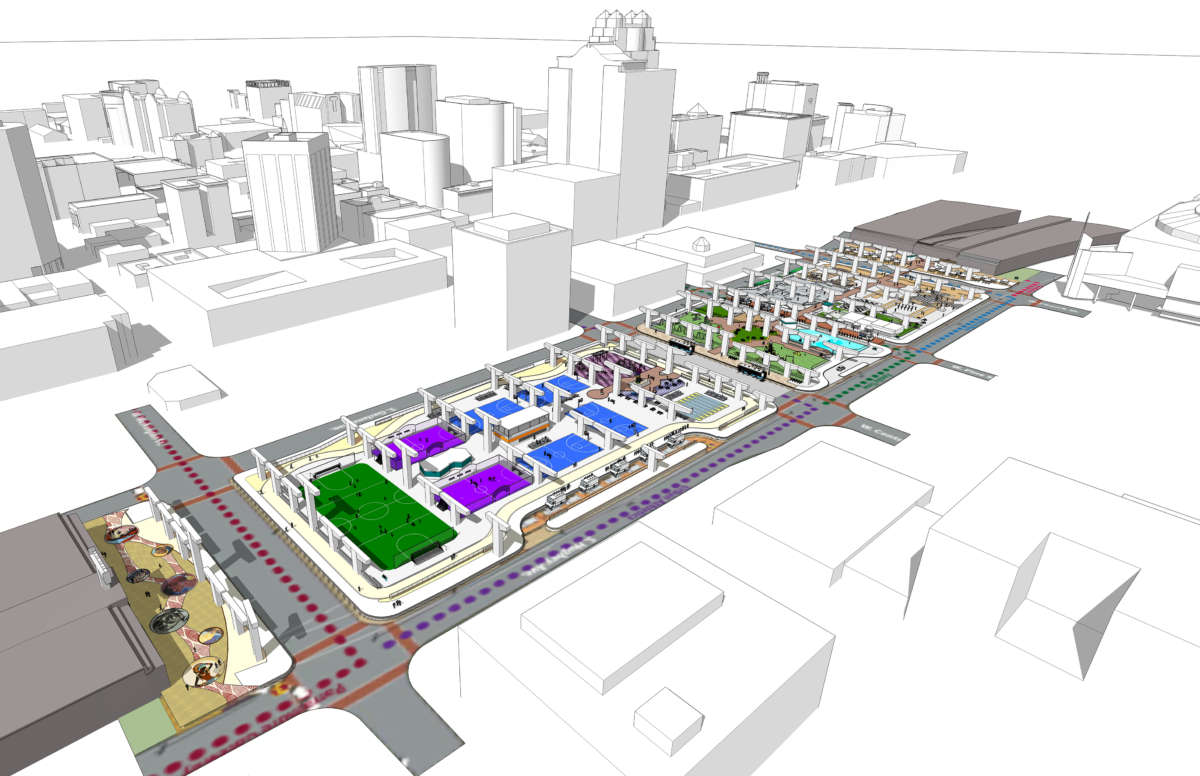 The transportation and urban design plan for Orlando includes a park under I-4. Image: City of Orlando

The future of transportation and urban design in Orlando could include flying taxis, self-driving cars and a park under I-4.

Wilder says after expanding I-4, the transportation department will turn its attention to “Under-I,” a project that aims to transform the area under and around I-4 into an urban park.

Wilder says the project is in the design phase, and will begin construction at the end of 2022.

“It’s a visionary plan,” she says.

Wilder says the transportation department is continuing its efforts to make roads safer with “Vision Zero,” an initiative to eliminate traffic fatalities and serious injuries in Orlando by 2040. She says the department plans to help calm traffic by redesigning roads and installing more raised crosswalks.

Wilder says the department takes feedback from the community into consideration when redesigning streets.

“It all starts with communication,” she says.

Wilder says the department is looking at modes of transportation that will be available in the future, like self-driving vehicles and air taxis. She says there are plans to develop air taxis in Lake Nona.

“Orlando is a place of innovation,” she says. “So we welcome all types of choices.”