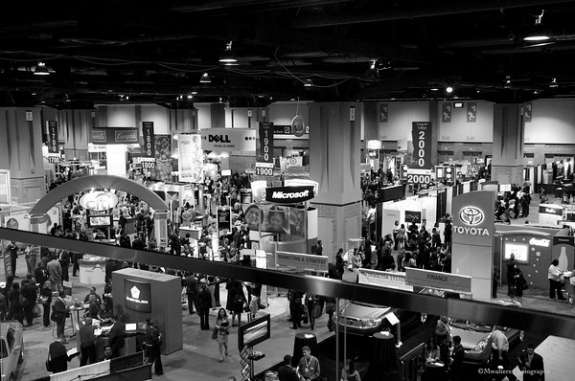 The diversity career fair, hosted by the National Black MBA Association, is expected to draw at least 8,000 minority applicants from across the country. Photo: M. Walters.

More than 8,000 job seekers will get face time with recruiters in Orlando next month for the nation’s largest diversity career expo. The National Black MBA Association will host its annual career conference to help minority applicants advance their careers.

Jesse Tyson, president and CEO of the 10,000 member association, expects companies from all industries, some based in Central Florida, such as Darden and United Health Group.

“They’re not going to be there on a PR mission,” he said. “They’re actually there to hire. We try to build a relationship with them; not just a transactional event where they come to the conference and at the end of the week, they’re gone.”

The week-long conference will feature recruiters, skills-building workshops and a competition for aspiring small-business owners.

“We represent what America really is becoming,” Tyson said. “Not all of our corporate partners will recruit at all of the colleges and universities where these individuals come from. And so it makes sense for them, if the companies are not coming to their campuses, for them to come to our conference, knowing that there are going to be a minimum of 250 companies there looking to hire.”

The conference will start on September 22nd at the Orange County Convention Center.

This is the third time in 37 years that Orlando is hosting the event.