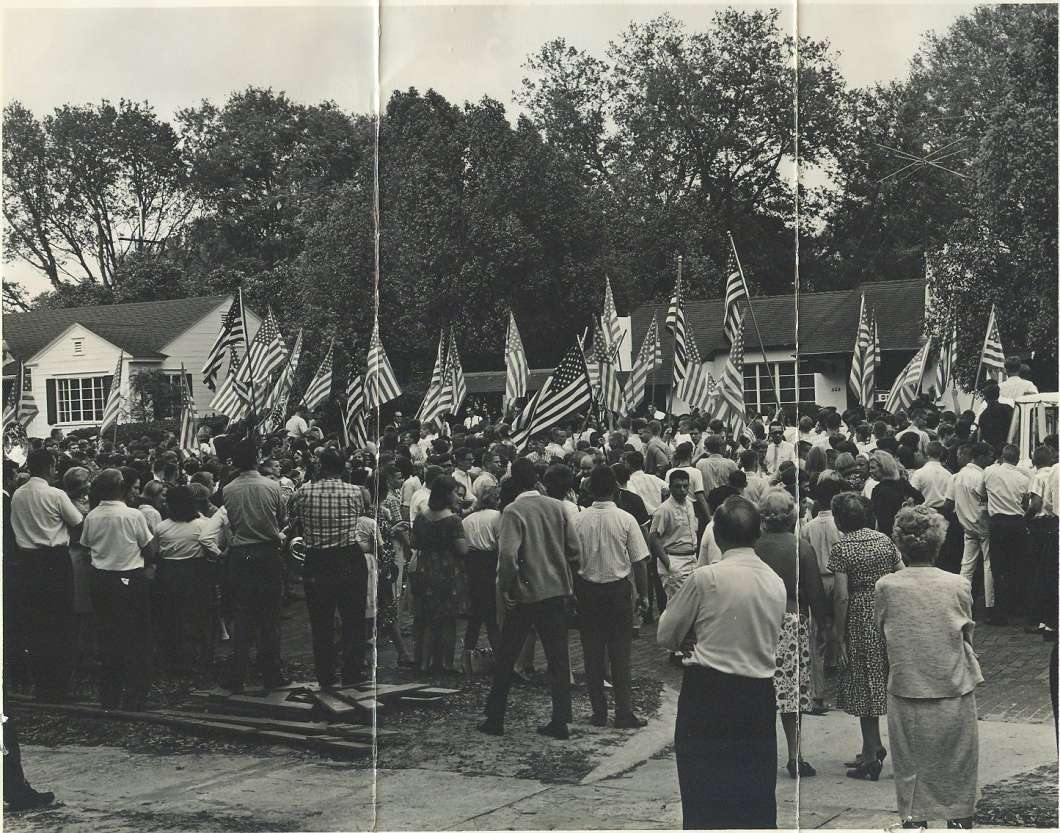 Before attending college at George Tech, then joining the NAVY and eventually NASA, Young went to school in Orlando. He grew up in College Park, where he attended Orlando High School in the 1940s. It is now Howard Middle School.

Young had an incredible career as an Astronaut, launching into space six times. His space resume includes flying on the first Gemini mission, walking on the moon, and commanding the first shuttle flight. Young worked for NASA for 42 years, the longest serving astronaut at the agency.

Orlando Sexton Don Price said the Young family watched one of John’s flights into space from Orlando. “They say when he took off on one of his adventures into space, they were sitting on the front porch in College Park and watched it go up from there.”

Price said people can remember Young in Orlando’s College Park neighborhood by driving by his old home — there’s a historical plaque outside.

The Orange County Regional Historical Center has an exhibit dedicated to Young.

“We currently we have on display a flight suit of his as well as some flight jackets and an assortment of some commemorative medals, patches, nameplates, name badges that he would use to get access for NASA and other conferences,” said collections manager Whitney Broadaway.