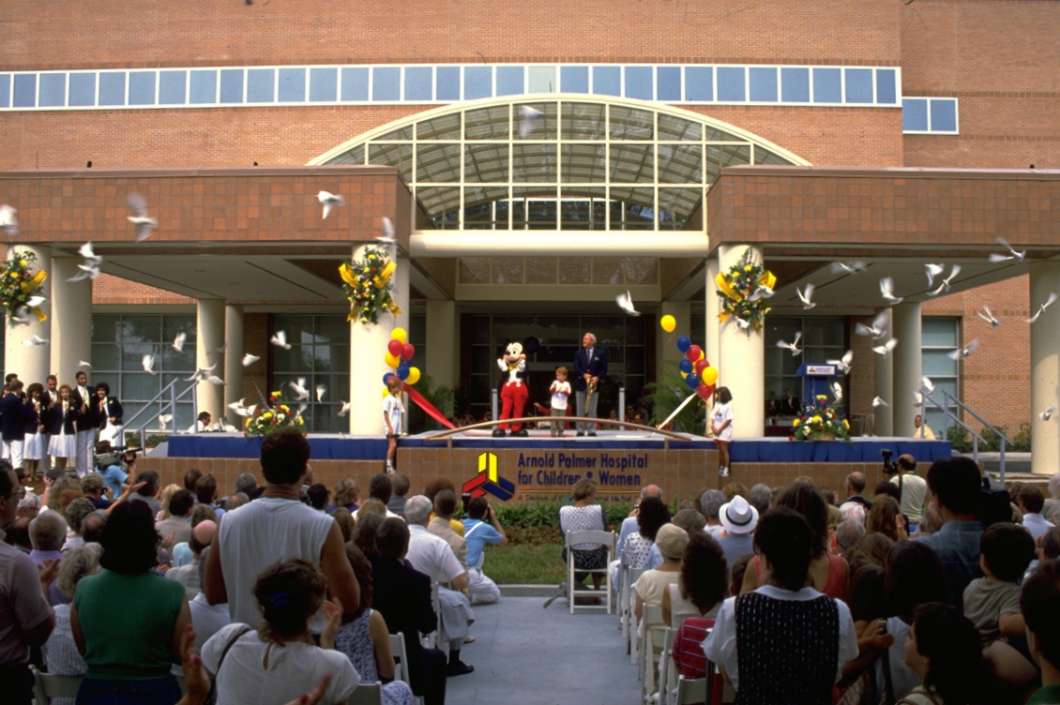 Central Florida leaders are expressing sympathies after the death of golf legend Arnold Palmer. He died Sunday in a Pittsburgh hospital at age 87.

Palmer’s legacy in his part-time home of Orlando goes beyond golf.

His philanthropic projects in the City Beautiful include two hospitals that bear the Palmer name: Arnold Palmer Medical Center and Winnie Palmer Hospital for Women and Babies.

Palmer donated more than $70 million to Orlando Health in his lifetime.

John Bozard is the head of Arnold Palmer Medical Center’s Foundation. He knew Palmer for 30 years.

“Children’s hospitals are not money makers, they are a service to the community,” said Bozard. “Without the philanthropic support, and without him lending his name, and actually helping us make phone calls to potential donors to garner their support, this hospital would not have been in Orlando, Florida. There is no question in my mind.”

Palmer also bought Orlando’s Bay Hill Club and Lodge golf resort in the early 1970s. The Arnold Palmer Invitational has been played there every year since the late 1970s as part of the PGA Tour.

In a tweet expressing condolences, Orlando Mayor Buddy Dyer said Palmer was “one of the greatest golfers of all time, but also a generous man who gave so much to charitable causes in Orlando.”

RIP Arnold Palmer. One of the greatest golfers of all time, but also a generous man who gave so much to charitable causes in Orlando.