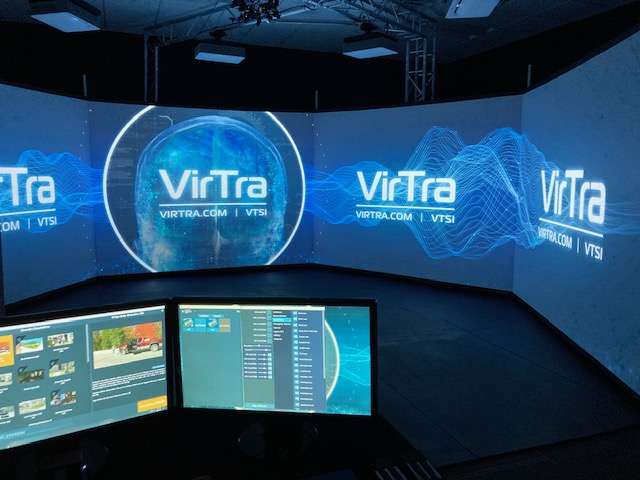 The Orlando Police Department is using new simulator software that allows officers to practice different scenarios virtually before they respond in the field.

Officers put on a bulletproof vest and weapons that are loaded with CO2 cartridges instead of rounds.

Then they enter the simulator, a three hundred degree screen where they will have to respond to a life-like scenario and characters.

Officer Ariel Clabaugh is a new recruit from the Police Academy. She says the software helped her prepare for her first domestic violence call in the field.

“Yeah I was already in the mindset. I got there and I was like OK simulator training I’m supposed to separate them. And then I think in the scenario he actually runs out of a bedroom door. And so I was like be aware of anybody, people could come out of bedroom doors, behind anything.”

Another new recruit Officer Victoria Scott who was trained as a UCF police officer said the repetition and the automatic feedback helped her prepare for real-time training with actors in a nearby facility.

“I think each time like if we happen to run it again you would learn something that you didn’t catch the first time. I know for me more than anything it showed me, like, I’m always aware of my surroundings already but it showed me that hey if I’m glued into that one victim that I’m responding to and I’m not looking around then guess what?”

Scott said after each scenario, a trainer helps officers walk through why they took the actions they did and what they could do to improve outcomes.

The software can be used to recreate almost three hundred different scenarios from protests to mass shootings.

If you’d like to listen to this story, click on the clip at the top of this page.