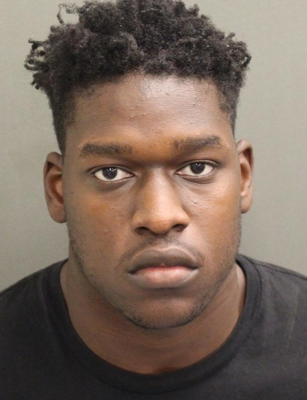 Orlando Police have arrested a 18-year-old man they say was involved in the May 2 murder of Orlando City Commissioner Regina Hill’s 16-year-old niece Tavyiah King. Jacarious Jermaine Javonte Simpson is charged with Third Degree Murder and Attempted First Degree Murder with a Firearm.

During an update on the investigation on Monday, Commissioner Hill talked about the impact of gun violence. She said, “A bullet has no name. And when it travels and hits a person, it just does not hit one person to kill one person. It kills many dreams and hopes for those communities in the people that love them.”

Detective Annemarie Esan said during a press conference that  information from the people in the community made this arrest possible. “So in this case, I think when you’re talking about 16 year old juveniles doing nothing wrong other than like their friends, trying to get home. I think it does pull on people’s heartstrings and they try to do the right thing,” said Esan.

Commissioner Hill said her niece was getting a ride home from friends when the car came under fire near a Wawa in West Orlando earlier this month. OPD said the investigation is still active as they look to make more arrests in this case.

UPDATE: Commissioner @ReginaHillFL & Detective Annemarie Esan discussed with media the arrest made in the homicide of 16-year-old Tavyiah King. If you are concerned about a young person you know or their peers, reach out: OPD Youth Engagement Strategy youthconnect@orlando.gov pic.twitter.com/e8pFYRSzdy