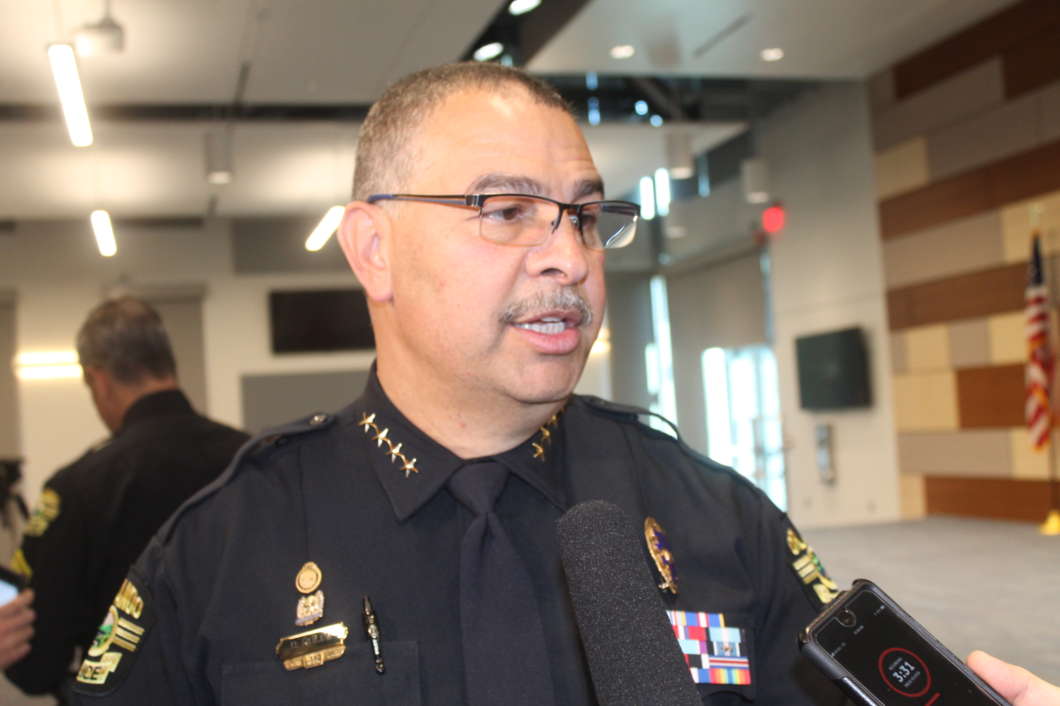 One type of predictive technology they won't be using to do this? Facial recognition technology. Photo: Christian Simmons

More officers will be on patrol between 11 AM and 11 PM weekdays and 3 PM and 3 AM on weekends in Orlando.

Mayor Buddy Dyer says that’s because most crimes are reported to the Orlando Police Department during those times.

“I want our residents and businesses to know we’re putting more officers on the street when they’re needed most.”

Chief Orlando Rolon says the officers have been moved from other divisions to increase the size of the patrol bureau from 417 to 474.

Rolon says patrols will be concentrated in parts of the city where the department has gotten the most calls over the past month.

“So you have the east, west, and the north divisions. East say Semoran area, North say the Pine Hills/Rosemont area. And the West you have the Universal and Metro West areas.”

Department data shows there have been more than 265,000 calls from these areas during the past month.

Rolon says the department also plans to build a new center “real time crime center” where surveillance analysts can work with officers on patrol to respond more quickly to threats.