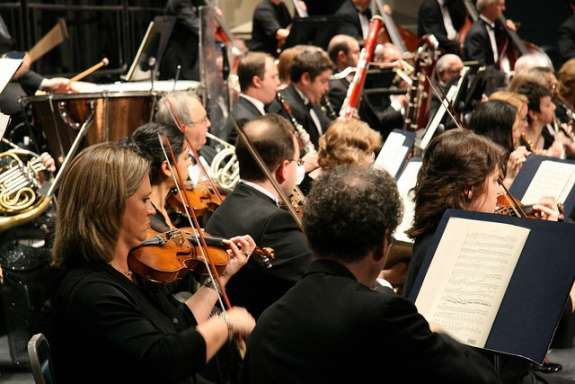 The Orlando Philharmonic has a new music director- Eric Jacobsen- and classical music lovers are expecting big things from this conductor- who’s been described as a superstar of the classical world.

The Orchestra’s principal flute and principal clarinet are a husband and wife team who have been with the orchestra for a decade. Nikolay and Colleen Blagov were also part of the search team that recruited Jacobsen.

Colleen and Nikolay tell Intersection about what drew them to classical music and the instruments they play.

“Just like every other band kid, basically, I started playing in the band program in 5th grade,” says Colleen.

“As soon as I picked up the instrument, I knew that I loved it and that it was something I wanted to do for the rest of my life.”

Nikolay started playing the clarinet when he was six.

“When I was little I was drumming on buckets in our back yard,” he says.

A neighbor’s friend- who happened to be the clarinet player in the town orchestra- heard Nikolay and asked if he wanted to be a musician.

“Ever since I’ve been playing the clarinet,” says Nikolay.

Colleen Blagov says audiences can expect to hear everything from classical to pop music in the orchestra’s first season under Jacobsen’s leadership.

“The vibe is just tangible, it’s electric,” she says.