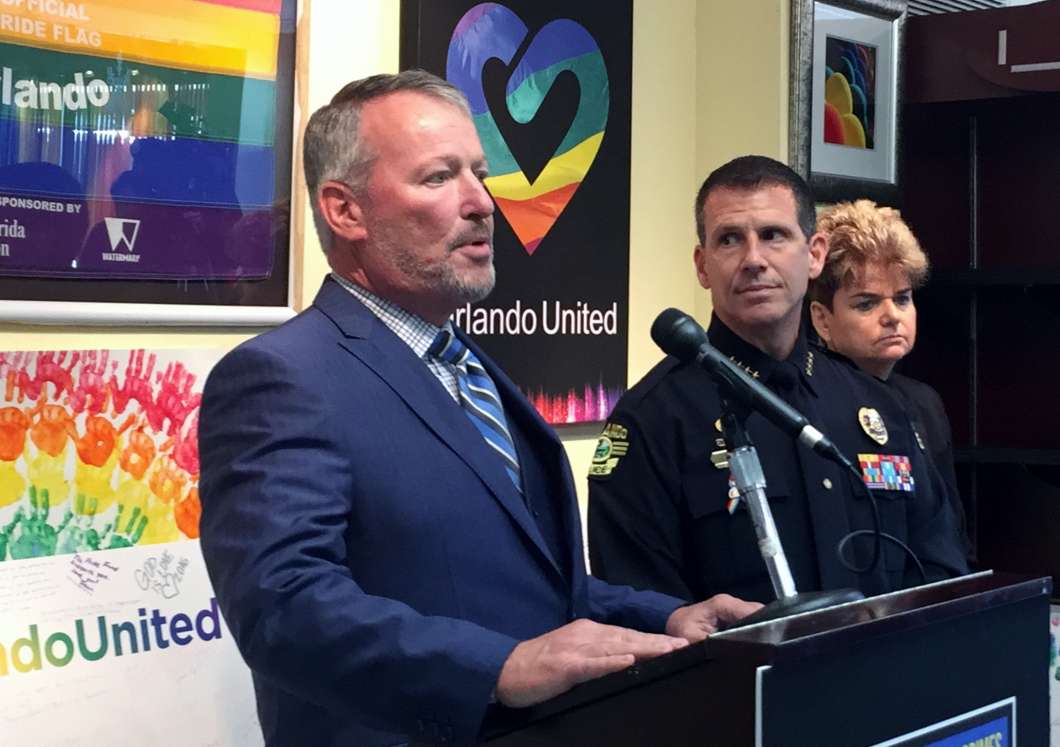 Six months after the Pulse nightclub shooting, Orlando officials have launched a network of safe places where LGBT residents being threatened or harassed can go for help. During a press conference Monday at The Center, an advocacy organization for central Florida’s gay, lesbian, bisexual, transgender, and questioning communities, Orlando Mayor Buddy Dyer, Orlando Police Department Chief John Mina, and District 4 Commissioner Patti Sheehan announced the Safe Places Initiative. It is a voluntary program which allows businesses and other establishments to designate themselves as places that will report anti-LGBT incidents and allow victims to come inside and call police.

Orlando police are calling the decals a “symbol of safety.” They have printed thousands and are preparing to hand them out to establishments that volunteer to be in the program.

For Mayor Buddy Dyer, this program is just one of the ways the city is pulling together after the mass shooting on June 12th.

“This is never going to be over,” he  said. “Forty-nine families lost their loved ones and Orlando has now a new charge that we’re a city that has to be a shining light in terms of showing the rest of the world how to embrace diversity and equality.”

All city buildings have the decals.

Safe Places is a national program that kicked off last year in Seattle.