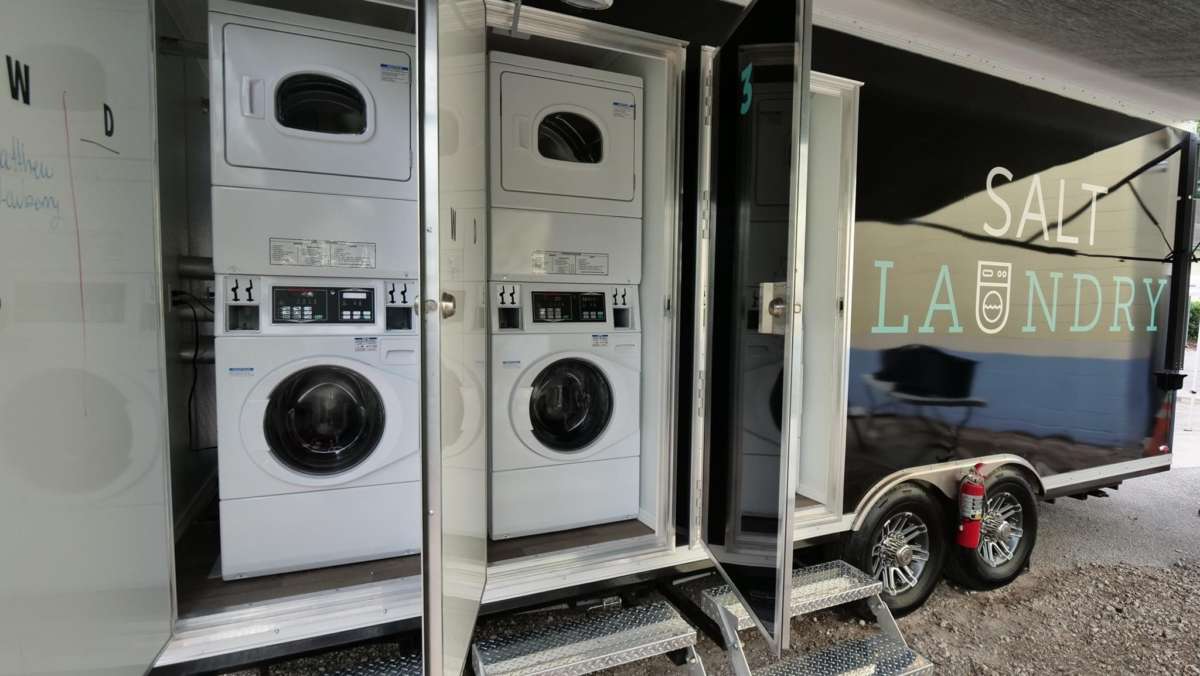 Eric Camarillo has been working for years to help people who are experiencing homelessness through some of the challenges they face- like access to food and clothing.  Camarillo, CEO of the non-profit SALT Outreach Inc, says during the pandemic he saw a spike in the number of people needing help.

He joins the show to talk about the rollout of a mobile laundry trailer- and tackling homelessness in Central Florida.

Camarillo says the laundry trailer is one of a number of trailers stationed at the Christian Service Center in downtown Orlando. They also provide clothing, haircuts, showers and other services.

“We do get a pretty good amount of traffic, we get about 400 people, at least a week that come through,” says Camarillo.

The non-profit partnered with the City of Orlando and Simply Healthcare to launch the laundry trailer.

He says the demand for services grew last year.

“From March to September of last year, we were seeing…two people new to homelessness every time we did, you know, one of our outreach events,” says Camarillo.

“Starting in October of last year, we started to see four new people new to homelessness every time.”

“Affordable housing is really kind of one of the biggest hurdles, that we have to figure out how to how to jump over as a city and as a coalition of organizations helping the unsheltered,” says Camarillo.

“And then, on top of that, you know…when the virus hit, the pandemic hit, I mean, it left a lot of people that were just on the edge, kind of pushed them over the edge.”

Camarillo says SALT was an all-volunteer organization heading into 2020. Now there are 14 employees. He says SALT received a $200,000 grant from the city of Orlando last year, and about the same this year. He wants to expand the outreach program to other cities.

“We have some proposals out in Sanford, in Daytona, we have a proposal in Miami, we’re really looking to duplicate what we’re doing as well. So my goal going full time is to raise a million [dollars] this year. That’ll help us to be fully funded here in Orlando, and then help us to expand to at least a one or two other places.”