Orlando Museum of Art “betrayed the public trust”: An expert takes on Basquiat debacle, ripple effects and next steps 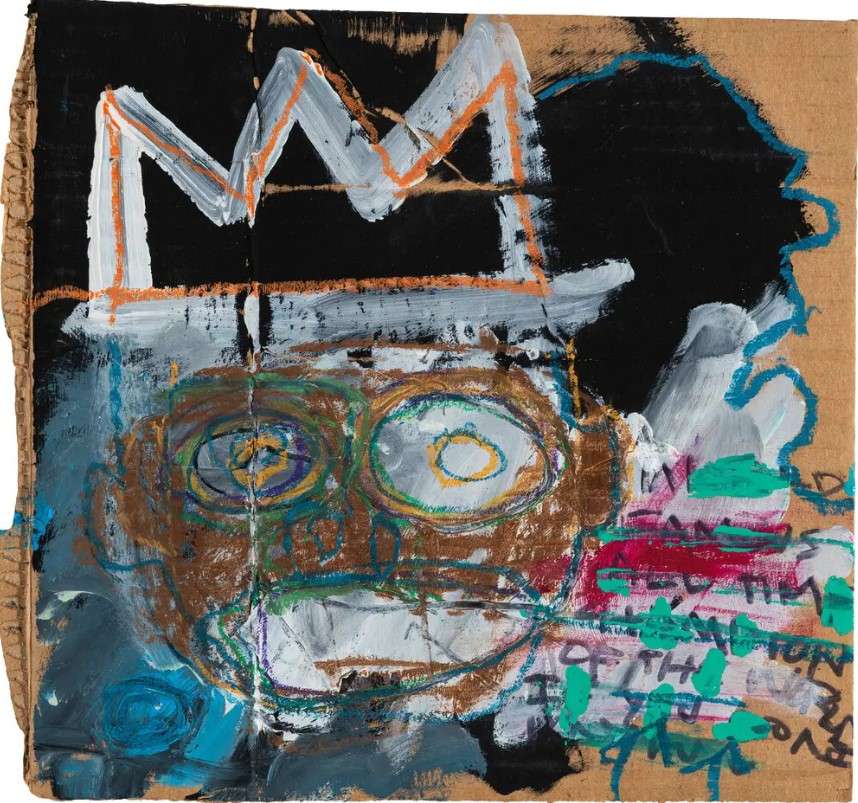 One of the paintings from Orlando Museum of Art's "Heroes & Monsters" exhibit, purportedly by Jean-Michel Basquiat in 1982, called "Untitled (Self Portrait or Crown Face II)." This is one of 25 paintings seized from OMA by the FBI in June. The FBI says claims are false that these so-called lost Basquiat works were found by treasure hunters in the abandoned storage unit of a deceased Hollywood screenwriter. The FBI investigation is ongoing. Photo: Orlando Museum of Art

People in the arts community are still reeling from the FBI investigation into the alleged fake Basquiat exhibition, raid and fallout at the Orlando Museum of Art.

Questions over the authenticity of the paintings were brought to OMA’s attention eight months before the museum opened the exhibit.

Dr. Ena Heller is Bruce A. Beal Director of the Rollins Museum of Art. She tells WMFE’s Nicole Darden Creston that the public trust of museums has been damaged.

The Orlando Museum of Art did not respond to a request for comment.

HELLER: People put museums second only to family and friends as the most trusted source of information. And this is what helps us function as museums. And the top reasons that are always cited as why museums are held in such high public trust are the fact that we are fact-based and research-oriented, and that we show real, authentic, original objects. So this is really the crux of what happened at OMA, and the reason this affects not just them as a museum, but us as an entire cultural community. It’s a breach of public trust. They have betrayed the public trust, because they didn’t do their homework, because they showed questionable objects, and they insisted they were the real deal. And so now they need to rebuild that public trust.

DARDEN CRESTON: So now, how does a museum in these circumstances go about getting it back?

HELLER: The good news is it can be done. We as institutions need to show a maximum level of accountability and transparency. And those are exactly the two things that are missing right now.

DARDEN CRESTON: So are there concrete steps that you can enumerate regarding how they would go about getting that trust back? Or is this just going to be a time thing?

HELLER: No, I don’t think it’s just a time thing, I think there are very specific steps that they need to take. They need to take stock of what happened and share it with the public – sweeping it under the rug is not the way to go. And I haven’t seen any sign so far of that process starting to happen. An apology is owed to the people of Orlando, to all the art lovers here. I think that the Board [of Trustees at OMA] needs to take immediate and purposeful action and restore the public trust. Because it’s bigger than that one museum.

DARDEN CRESTON: It does appear from what you’ve said that there’s a knock-on effect to other museums, at least in the area.

HELLER: The reverberations of what happened at OMA are felt in the entire community. And I can tell you, from my own experience, as the director of Rollins [Museum of Art] that I have never, in my almost thirty-year museum career, had the experience that I’ve had several times in the last couple of months…where people came into the museum, and the first thing they asked was, “How do you know this is real? How do you know this is authentic?”

DARDEN CRESTON: So what do you do? What do other museums do? Is this sort of a “radical transparency” type of thing that you do?

HELLER: Yes, museums have always been – or should be, right? – transparent about how they acquire objects, the so-called provenance, which is the history of where one work of art had been before it came to you, or one collection. You know, these things need to be vetted, they need to be researched. And we usually obviously deal with other institutions or museums or public collectors.