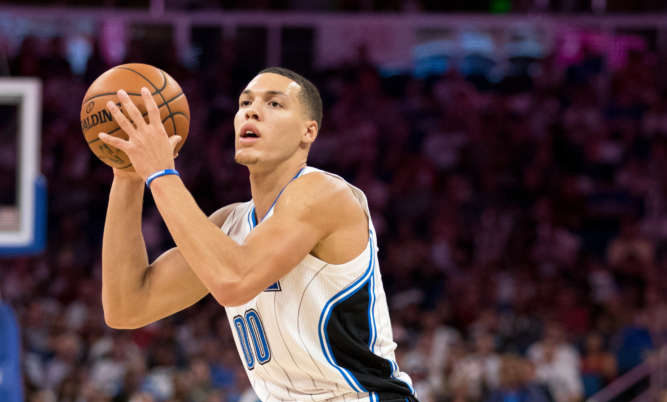 With just three games left to play, the Orlando Magic are in the midst of a playoff hunt, and could have a guaranteed spot as soon as Sunday.

But that would require the Magic to win their next two games, starting with a home matchup against the Atlanta Hawks on Friday.

After years of losing, few expected that the Magic would be competing for a playoff spot.

Philip Rossman-Reich, editor of Orlando Magic Daily, says that the Magic’s stunning improvement this season has been among the most impressive stories in the league.

“I believe they have the biggest, or second biggest, win increase over last year,” he said. “And the other team that they’re really competing with for that crown is the Milwaukee Bucks, who’ve turned into the best team in the league. So Orlando’s been one of the best turnaround stories in the NBA all year.”

The Magic currently have 39 wins, after finishing last year with just 25 victories.

In order to clinch a playoff spot, the Magic need wins in their next two games and they need their rivals, the Miami Heat, to lose just one more game.

Rossman-Reich says that that outcome is very possible.

“I think we can expect the Magic to make the playoffs,” he said. “Their schedule sets up really nicely for them, they don’t have any back-to-backs left. They got the one home game against Atlanta coming up to finish things off and then, you know, Boston will be a tough road game. They’re a playoff team, they’re still fighting for playoff positioning, but Orlando has played well against them.”

The Magic will take on the Hawks at 7 p.m. Friday. With a win, the team could earn their first 40-win season since 2011.