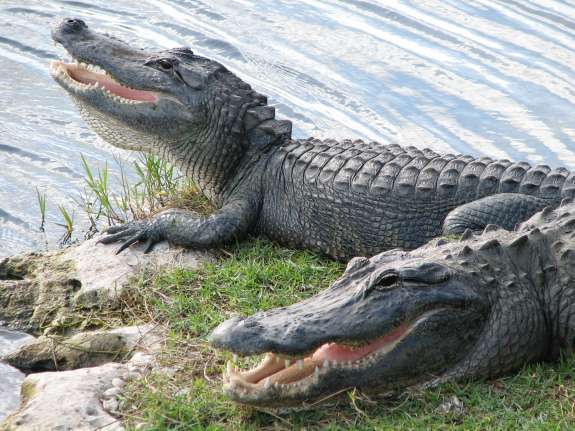 Orlando topped the number of nuisance alligator complaints last year. That’s according to data from Florida Fish and Wildlife Conservation Commission’s Statewide Nuisance Alligator Program. Across Florida, 12,772 nuisance gator complaints came in leading to the death of more than 8,000 gators in 2016. That’s a higher number than the previous five years but not unprecedented.

More than 230 nuisance gator complaints were made in Orlando. Ron Ziemba traps gators for FWC in Osceola County. Ziemba thinks he may know why The City Beautiful topped the list.

Ziemba said the point of the program is to remove gators showing signs of aggression or of being fed. He said too often people complain about gators that aren’t doing more than sitting on a bank. He has a message for snowbirds, tourists, and people new to Florida: not every gator is a nuisance.

“A lot of times you’re taking these alligators out of their environment for no reason otherwise, the only reason is becaue the one person doesn’t want to see that alligator in their pond you know,” Ziemba said.

Zemba said a gator just sitting around with its mouth open or eating a turtle does not a nuisance make. Now, if a gator comes toward you, call the Nuisance Alligator Hotline at 866-FWC-GATOR (866-392-4286)

.Nuisance gators under four feet are relocated and re released.