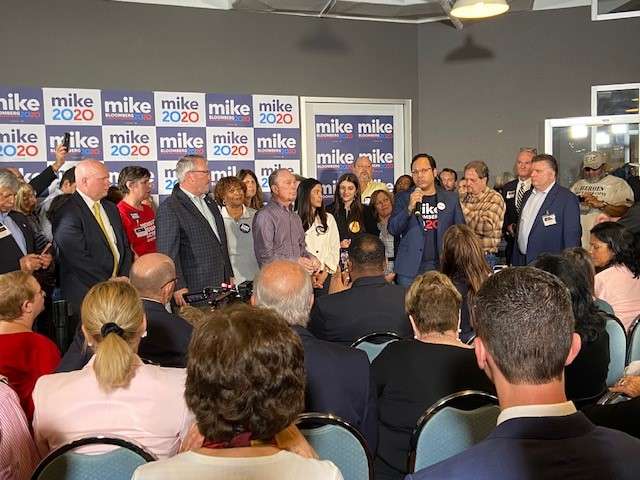 Florida won’t hold its primary for another two weeks, but Mayor Buddy Dyer announced Mike Bloomberg will get his vote on March 17.

Dyer said the former New York City mayor had shown the City of Orlando support. Plus he said mayors have experience dealing with issues that are important to voters from gun violence to climate change.

“So, many of the things have left being done at the federal level or even the state level and mayors are taking on all of those challenges today. So, where it’s happening is in the city.”

Bloomberg has focused his campaign in Florida on gun violence, announcing his End to Gun Violence tour at the same campaign office last month.

He called gun violence a virus comparing it to the highly contagious respiratory disease COVID-19.

“But compared to this, I’m not suggesting that we don’t have to worry about the virus, but we have a virus that’s been taking over this country and we have to do something about it.”

The billionaire is one of five remaining Democratic presidential candidates vying for the nomination in fourteen state primaries tonight.