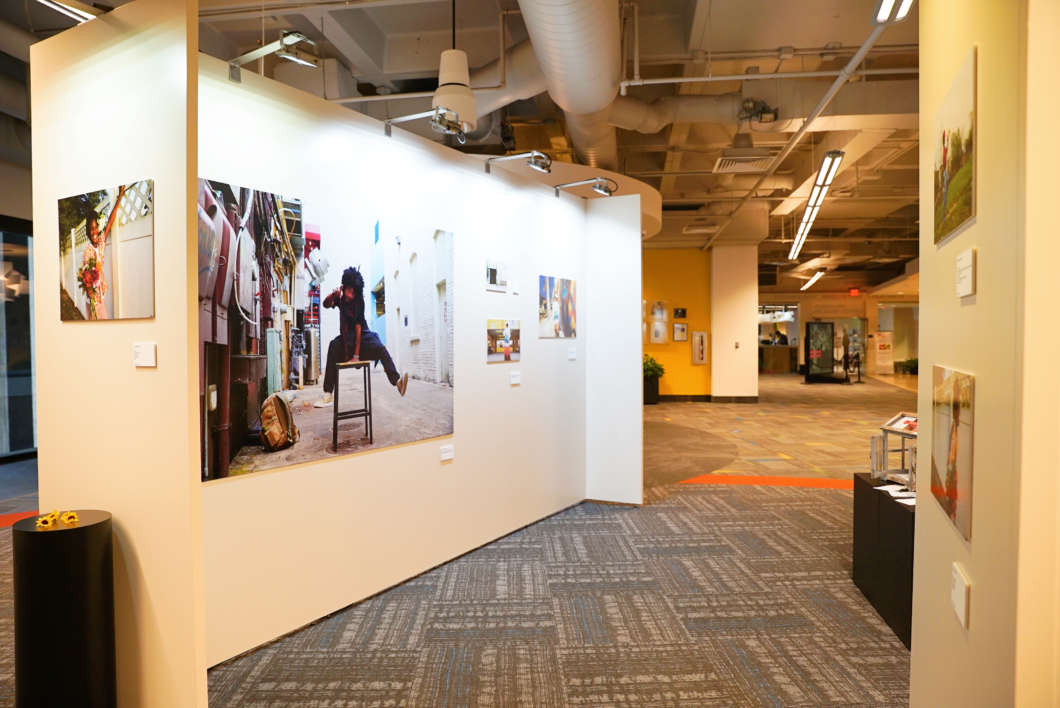 Journalist Renata Sago teamed up with her mother, Kanika, for her latest project Black Mary: An Homage to Black Feminine Magic. This exhibit re-imagines Mary Poppins as a modern day black woman invoking joy and power in marginalized communities across the United States.

“It’s easy to walk past or drive past someone in need but this exhibit mandates, in some ways, that you stop and see,”  said Sago, whose career includes reporting for WMFE and Marketplace and bylines in the New York Times.

Sago told Intersection’s Matthew Peddie that she got the idea to recreate Mary Poppins in her likeness when she went to see Mary Poppins Returns.

“When I saw the character on screen I thought automatically ‘this reminds me of my mother,’” Sago said. “The way she dressed, the way she engaged with the world, the sort of playfulness but also the wisdom she brought to the mix. And I said  “man, there’s no better person to do this project with than my mother.’”

She said she deviated from hard news photography and took an organic approach to incorporate creativity and authenticity in her photos. She took road trips with her mother, stopping to meet new people along the way. This project took her from Orlando to Miami, Chicago, New Orleans, and Los Angeles.

After the exhibit completes its time at the public library, Sago said she hopes to create more public places for the art to be seen.