Orlando On Edge As Search Continues For Suspect In Police Killing 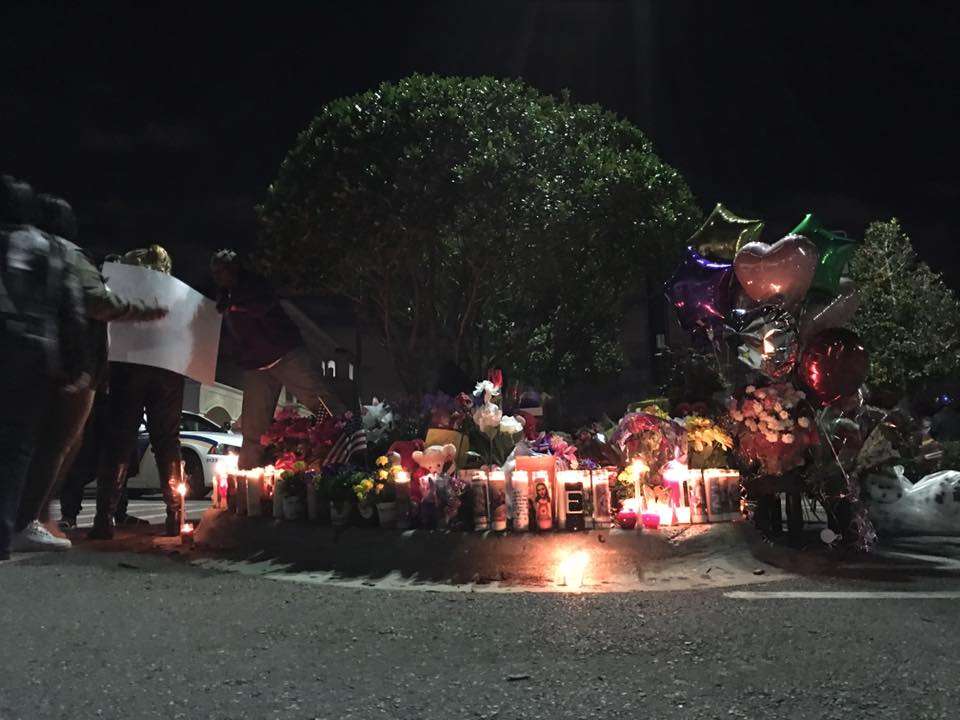 A candle light vigil was held this week for Master Sgt. Debra Clayton at the Wal-Mart where she was killed. (Mark Baratelli, The Daily City)

Larry Parzygnat, an officer with the Welaka Police Department, drove nearly two hours to a makeshift memorial at a Wal-Mart in Orlando.

He laid a police badge from an old uniform near a white cross. His badge was among the flowers, teddy bears, balloons and candles.

“That’s a very dangerous job, and any moment it could be over,” Parzygnat said. “You just don’t know.”

It started early Monday at a Rosemont Wal-Mart. Markeith Loyd has been wanted by police since December for the alleged murder of his pregnant ex-girlfriend. Someone recognized Loyd at the Wal-Mart and told the nearest officer.

That was Master Sgt. Debra Clayton. She radioed for backup and approached Loyd. Police say they exchanged gunfire and Clayton died.

During the manhunt, Deputy Norman Lewis with the Orange County Sheriff’s Office was killed during a traffic accident. He was an ex-University of Central Florida football player, and described as a “gentle giant.”

The reward to find Loyd is up to $100,000. Orange County Sheriff Jerry Demings says there have been more than 500 tips.

“In fact, there were times when we just missed him,” Demings said. “He has been able to avoid capture. He’s not going to be able to do that much longer.”

Arrest records say Mayan provided money to Loyd, sometimes through Loyd’s niece, but also directly. All three were charged with helping Loyd after police say he shot and killed his pregnant former girlfriend Sade Dixon, but before Monday’s shooting of Clayton.

Funerals for the officers are planned for Friday and Saturday. Emotions have been raw, including at a vigil for Clayton.

Clayton was known for volunteering and mentoring to prevent youth violence. Her adult son Johnny Clayton spoke at the vigil. He said everything his mom worked for, she died for.

“We just gotta keep pushing forward and make it a better city,” he said.