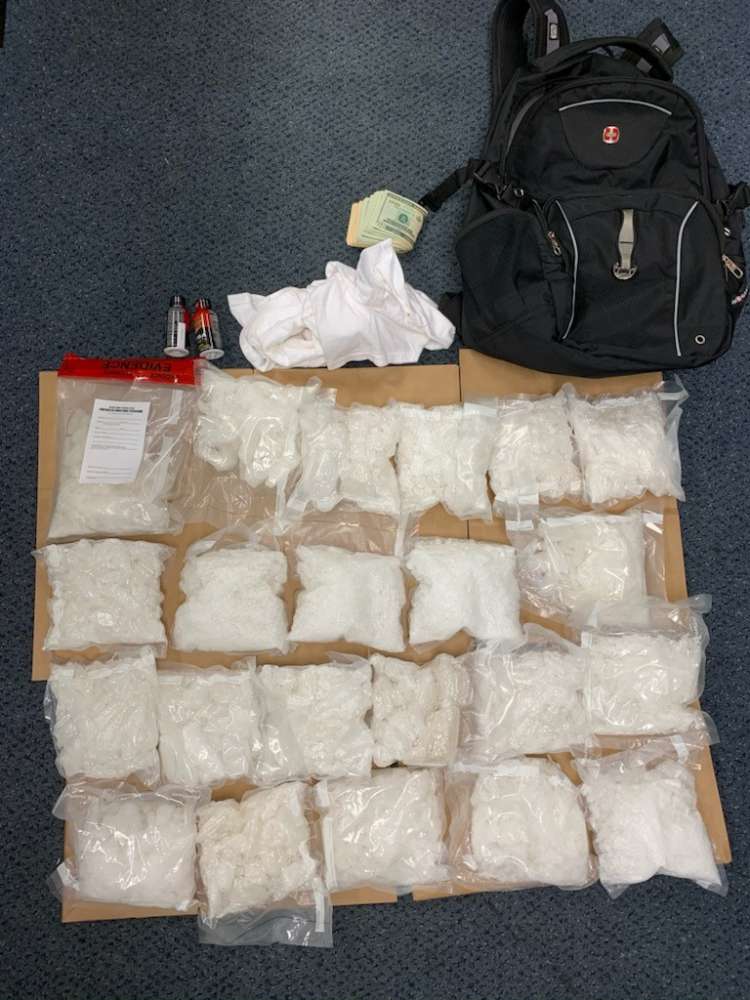 The Orlando Police Department says a TSA agent at Orlando International Airport helped them make one of the largest drug busts in recent history at the airport.

DRUGS SEIZED: Thanks to our officers’ close partnership with @TSA, this 22lb. meth stash was found in a passenger’s backpack during his layover. It’s one of the largest amounts of drugs anyone’s recently tried to carry in person; worth $500k. We arrested the passenger. pic.twitter.com/X3oHe2u60O

Officers analyzed the 22 vacuum-sealed bags and found they contained 22.2 pounds of crystal meth, worth more than half a million dollars. 900 dollars in cash was also recovered.

Brown had flown from the Los Angeles International Airport to Orlando and was headed to Louisville, Kentucky.

He is being held in the Orange County Jail on a 500,000 dollar bond on charges of trafficking in methamphetamine.