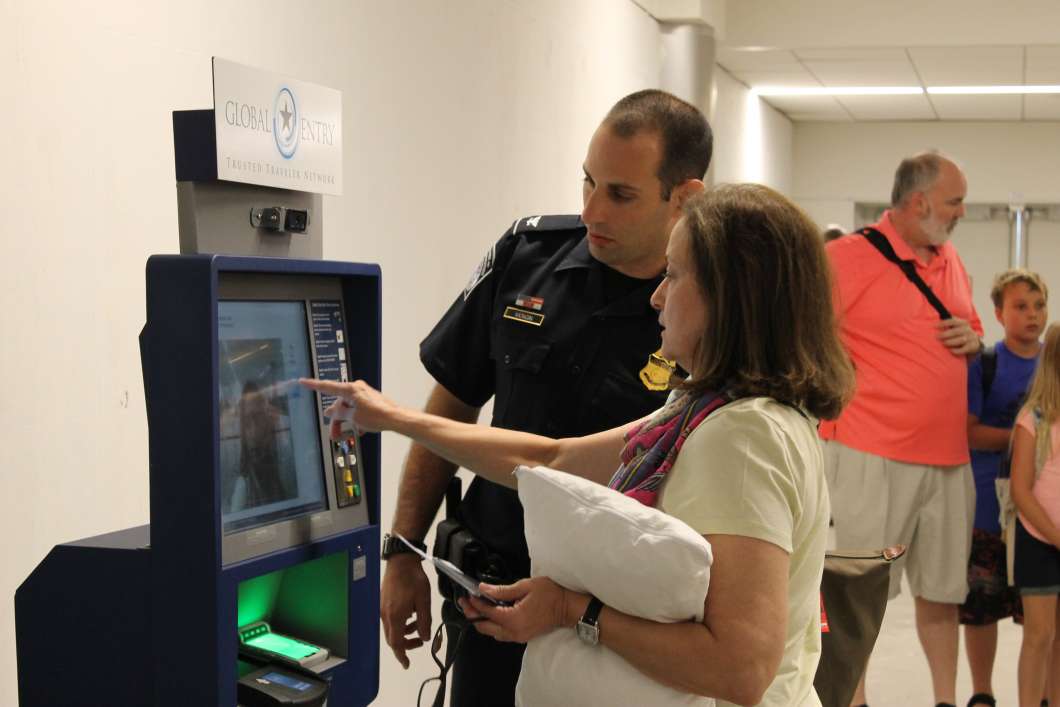 A US Customs and Border Protection officer shows an arriving passenger how to use a facial scanner at Orlando International Airport. Photo: Matthew Peddie, WMFE

Orlando International Airport will use facial recognition technology to process all of its international passengers. It’s the first US airport to use the biometric exit technology for all departing and arriving international flights.

A camera captures an image of the passenger’s face and compares it with the passport photo on file.

Some privacy advocates have raised concerns about where and how the images are stored, but John Wagner with US Customs and Border Protection said photos of US citizens will only be stored for a couple weeks.

“We’ll retain it for 14 days for the purposes of evaluating the performance of our system. And then we’ll discard it, we’ll delete it,” said Wagner.

US citizens can opt out of the biometric exit screening and have their passport manually checked instead.

The Department of Homeland Security keeps photos of foreign nationals in its database for 75 years.

Customs and Border Protection says the technology will speed up the entry and exit process for passengers, like Bridget Burris who was getting off a flight from London with her family.

“You see that line behind you?” said Burris.

“We got through it in about five minutes instead of an hour, so it’s great.”

Garry Ferguson, from Glasgow, Scotland, had just flown in from the U.K.

Ferguson said he’s not worried about having his picture taken

“I can see the issues with that, but I think the reality is in the modern world that has to go,” he said.

“So you just have to accept it if you want to travel.”