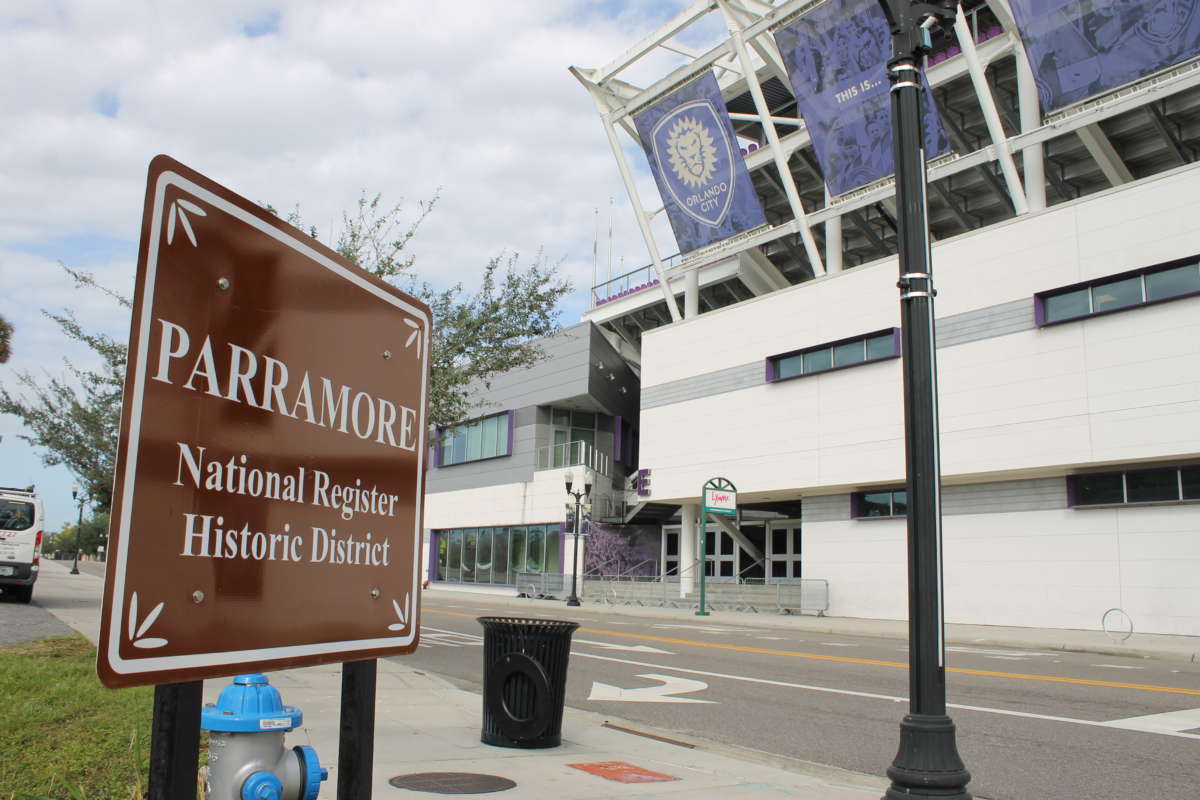 Orlando is installing the first of more than 25 signs recognizing Holden-Parramore as a nationally registered historic district.

State Rep. Geraldine Thompson, who founded the Wells Built Museum in Parramore, says this district was the hub of the African American community.

“This is the hub of what was the African American community, and I’m glad to see that it’s now being recognized.”

Listen to State Rep. Geraldine Thompson talk about the historical significance of Holden-Parramore:

Natasha Gaye, executive director of the Parramore portion of City District, says 27 street sign toppers, entry-way signs and mast arms will be installed around Holden-Parramore, which was designated a historic district in 2009.

“I think a lot of people did not know that Paramore is one of the only commercial nationally registered historic districts, which actually means that we are registered with the US Park Service,” says Gaye.

“There’s so much good in this community. And we wanted to begin writing the narrative of what is the origin history of Paramore, who are the movers and shakers within this community, and really start sharing that story so our community can take up space in the neighborhood.”

Listen to Natasha Gaye talk about the installation of street signs highlighting the historic status of Holden-Parramore:

Image courtesy of the City of Orlando