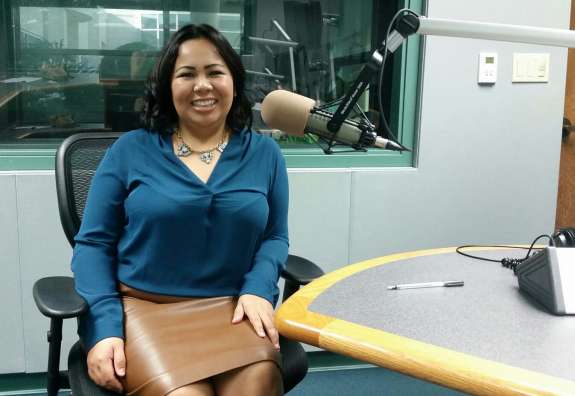 Miriam Sasbou of Orlando is traveling to Washington D.C. to see Pope Francis.

Pope Francis visits the U.S. for the first time this week. Miriam Sasbou of Orlando is flying to Washington D.C. Tuesday for the experience of a lifetime.

Sasbou, an immigrant herself, will be representing the local immigrant advocacy group, Mi Familia Vota (My Family Votes).

Pope Francis has reinvigorated some Catholics who had drifted away from the faith, while angering some traditionalists. We asked Sasbou what her religious experience has been?

“I think I was one of those that kind of separated for awhile. I was talking to my mom last month about religion, we were talking, we have to get close to it again,” said Sasbou.

The Pope has not changed Catholic doctrine but is taking a more forgiving and compassionate tone on issues such as abortion and homosexuality. He’s announced the “Year of Mercy” to absolve women from the sin of abortion as viewed by Catholicism. When it comes to people who are gay, he has said they should be integrated into society, not ostracized.

“I think he’s right on point because we live in a different world so we have to move forward, too,” said Sasbou.

Listen to the entire interview by clicking the play button above.