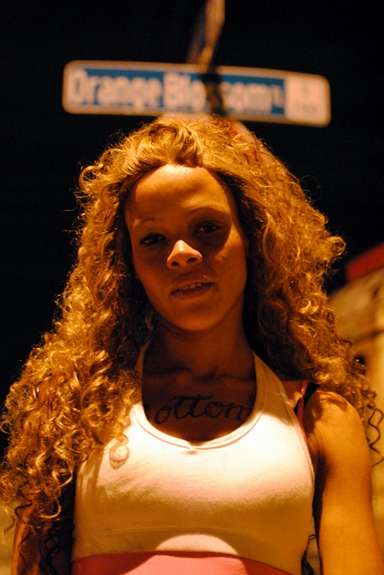 In Orlando Weekly’s March 11 issue, we talked to a woman named Shalesa, a prostitute who spent her days working Orange Blossom Trail, trading sex for money she used to buy drugs.

Shalesa had been working “the Trail,” as it’s sometimes known, for seven years, and while her story is not unique – she got hooked on drugs and quickly found herself in a downward spiral she had a hard time getting out of – it’s a good example of how women who get involved in “the life” often find themselves trapped in it. As Shalesa told a reporter, the only way she thought she’d ever get off the trail is to go to jail or die.

As stories like Shalesa’s are heard, and more attention is paid to the cultural problems of sex trafficking and human trafficking, which often go hand in hand, law enforcement and advocates are finally beginning to look at women working in the sex trade through a different lens.

Rather than spending all of our resources arresting prostitutes, they say, it may be time to focus on prosecuting the offenders and getting the women (and sometimes even young girls, boys and men) into treatment and safe houses rather than jail.

According to the National Human Trafficking Hotline, Florida ranks third for the state with the highest number of reports of human trafficking – and nearly half the reports, the hotline says, involve minors. In 2013, the Greater Orlando Human Trafficking Task Force was formed to coordinate efforts to end human and sex trafficking in the area – the organization’s approach is to coordinate efforts between law enforcement, social services and community organizations to make sure that the underlying social issues that draw people to prostitution, drugs and hopelessness are addressed. Those issues include homelessness, addiction and abuse – all of which played a role in trapping Shalesa into her life on the Trail.