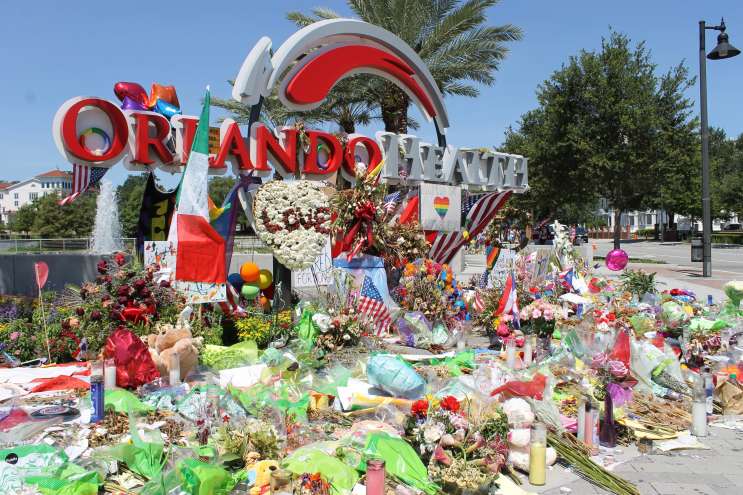 Victims of the Pulse Night Club shooting will not be getting a bill from Orlando Health or Florida Hospital.

Orlando Regional Medical Center is less than a mile from Pulse Night Club and got 44 of the victims. Parent company Orlando Health announced it will not charge victims of the Pulse Night Club shooting.

The hospital said it will bill insurance if patients have it, but it will not go after a patient for co-pays or deductibles. Rather, the hospital will seek federal and state money, including money from the OneOrlando fund and private fundraising accounts for victims. The hospital will also look for disability insurance, Florida’s crime victim compensation program, means-tested programs like Medicaid, as well as charity care provided by Orlando Health.

Orlando Health’s CEO David Strong says in a statement this is the hospital’s way of paying the kindness forward.

“The Pulse shooting was a horrendous tragedy for the victims, their families, and our entire community,” Strong said. “During this very trying time, many organizations, individuals, and charities have reached out to Orlando Health to show their support. This is simply our way of paying that kindness forward.”

Orlando Health is expecting $5 million in unreimbursed costs. Florida Hospital, which got 12 patients, said also said it will not bill patients, a move that will cost the hospital $525,400.

But the hospital has gone a step farther, saying it will not bill insurance either, and any continuing care patients need will also be free of charge.

“It was incredible to see how our community came together in the wake of the senseless Pulse shooting,” said Daryl Tol, president and CEO of Florida Hospital and the Central Florida region for Adventist Health System. “We hope this gesture can add to the heart and goodwill that defines Orlando.”

“So, while we can’t assume the answer is free care forever, we will use our very generous charity and financial assistance policies to assess the best way to ensure our patients get quality care here at Orlando Health in the most fiscally responsible manner,” the hospital wrote in a statement.

Ted Miller is a researcher who studies the costs of shootings at the Pacific Institute for Research and Evaluation. He said it used to be more common for hospitals to forgive bills during big tragedies, but these evenets have become more common. And that’s why people are moving toward victim compensation funds.

“The first mass shootings, employers, hospitals, all sorts of people said we’ll take care of it,” Miller said. “Now there have been so many of them that people are almost not responding as generously.”