Orlando Gets A Perfect Score Again For LGBT Inclusiveness 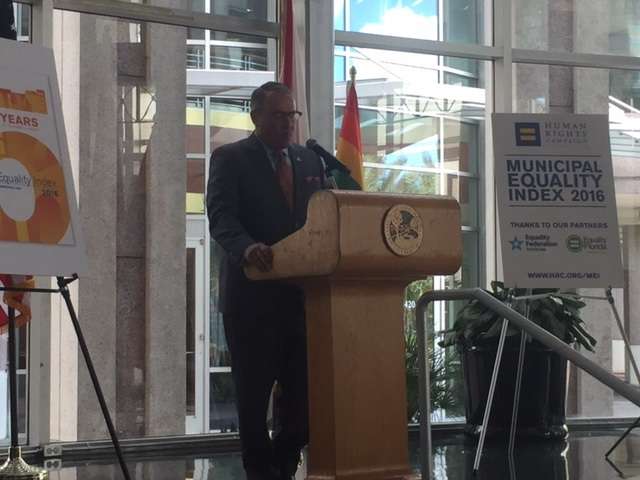 Orlando has received a perfect score on the Human Rights Campaign’s nationwide index of cities based on LGBT inclusiveness.

Orlando was recognized for how it rallied around victims of the mass shooting at Pulse nightclub in June. Orlando Mayor Buddy Dyer said the city’s track record made it possible to respond quickly.

“Well, it’s just a validation of what we’ve been doing here in the city and validates our commitment to diversity, and equality, and inclusiveness,” said Dyer.

This is the third year in a row that Orlando has received a perfect score on the Municipality Equality Index.

Orlando Commissioner Patty Sheehan was at the announcement of the index score. She told the crowd that she will push Gov. Rick Scott to pass a bill protecting the LGBT community from discrimination statewide.

Editor’s note: An earlier version of this story misidentified the Human Rights Campaign.