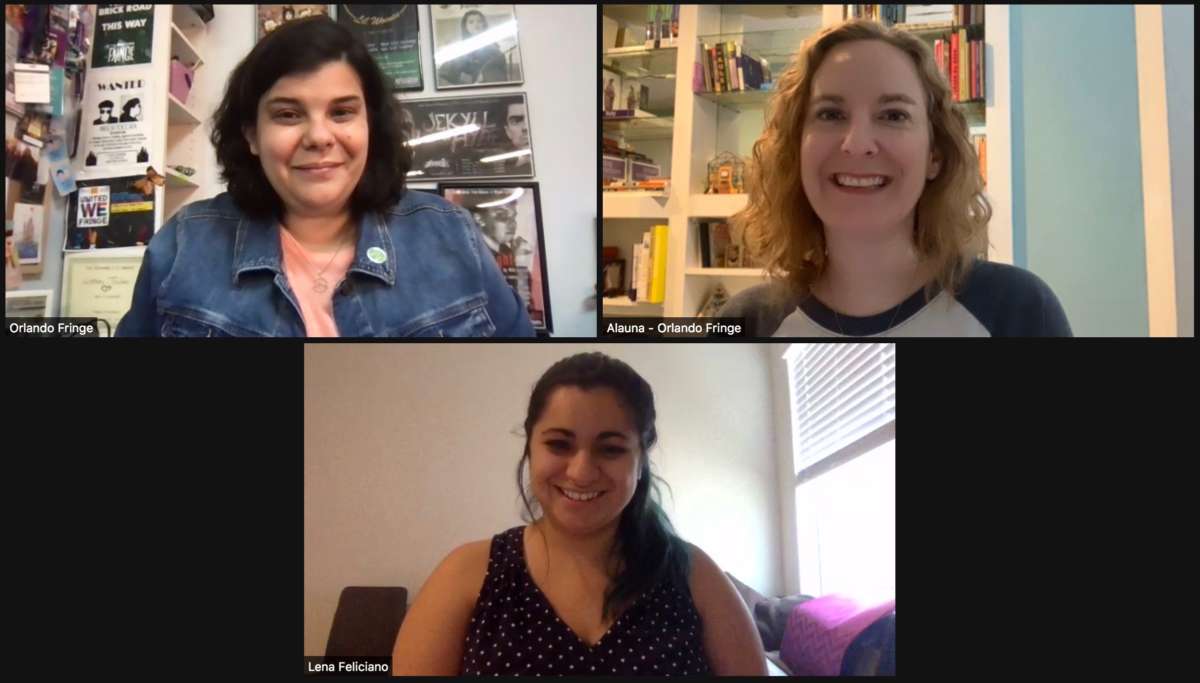 The Orlando International Fringe Theatre Festival is celebrating its 30th anniversary this year. The 14-day festival, which features hundreds of theatrical performances, was canceled last year due to COVID-19. This May, it’s back with an in-person festival in Loch Haven Park, along with an all-new online “DigiFringe” festival in June.

Alauna Friskics, executive director of Fringe, Lindsay Taylor, the festival’s theatre producer, and Lena Feliciano, artistic director of Celebration Theatre Co., join Intersection to discuss how the festival is adapting to the pandemic, expanding their diversity and inclusion efforts, and celebrating 30 years of Fringe.

Patrons and performers attending the in-person festival will be required to have their temperature checked, wear face masks and remain 6 feet apart. The festival has also reduced seating capacity at each performance venue.

“We’ve worked through the details with safety in mind at every angle,” Friskics says.

Feliciano says it was a challenge to stage her show around the safety guidelines.

“It’s definitely a challenge for any director to all of a sudden have to just change up how you’re going to stage a scene; how you’re going to have two characters that might be in love interact when they have masks on,” she says. “It’s been fun to adapt, though, and I think that we rose to the challenge.”

Fringe will also host a 14-day digital festival from June 4-18. Taylor says the digital festival will feature artists from around the world who were unable to make it to the festival in person, artists who have never been to Orlando Fringe and artists who are participating in the in-person festival.

“So there’s a huge mix between people you love, people you miss and people you’ve never met before,” she says.

Friskics says she’s looking forward to bringing people together and getting artists back onstage. She says creating order in a normally chaotic festival will prove that the arts can flourish, even in a pandemic.

“Usually so many people are just gathered in so many different places all the time,” she says. “We just explode all over Loch Haven Park and we’re just everywhere. So figuring out a way to bring a little order to that I think will prove that we can do this and that the arts community can thrive in this pandemic.”

Taylor says the festival has upped its diversity and accessibility efforts this year. Thirty percent of artists selected from the lottery to participate in the festival are from the Amplified Voices Lottery, which includes people from marginalized and underrepresented communities. The festival will also offer more shows with audio description and ASL interpretation.

“We are just beginning what we hope to be a massive project in years to come,” Taylor says.

Friskics says both the audiences and the artists have grown over the festival’s 30-year existence.

“I think that’s one of the most exciting things to see is we’re not only elevating the audience experience, but also the artists,” she says. “I’m really proud of that. I see us as a beginning pipeline for artists in Central Florida to test out new art and cut their teeth on new artistic endeavors, whether it’s producing or acting or lighting.”

Taylor says as someone who wasn’t involved in creating theatre before, Fringe opened up a realm of possibilities for her.

“It really inspired me to be more involved and write my own shows and tour my own shows and now producing the festival,” she says. “So it’s really exciting and Fringe really does that for people. It inspires people and lets you be confident in your work and want to learn new things, which I think is the most valuable part of it all.”

Feliciano says it’s her first time participating as an artist at the Fringe Festival.

“It’s been a very challenging, but extremely fun and exciting experience,” she says.

Friskics says Orlando Fringe has won the bid to host World Fringe Congress in 2022, an event where producers from over 300 fringe festivals around the world come together.

“Elevating Orlando Fringe to have that global impact and even stay more connected to the global fringe community is really exciting,” she says.

Friskics says she hopes Fringe will continue to grow and expand.

“Orlando Fringe will be around for many, many years to come.”