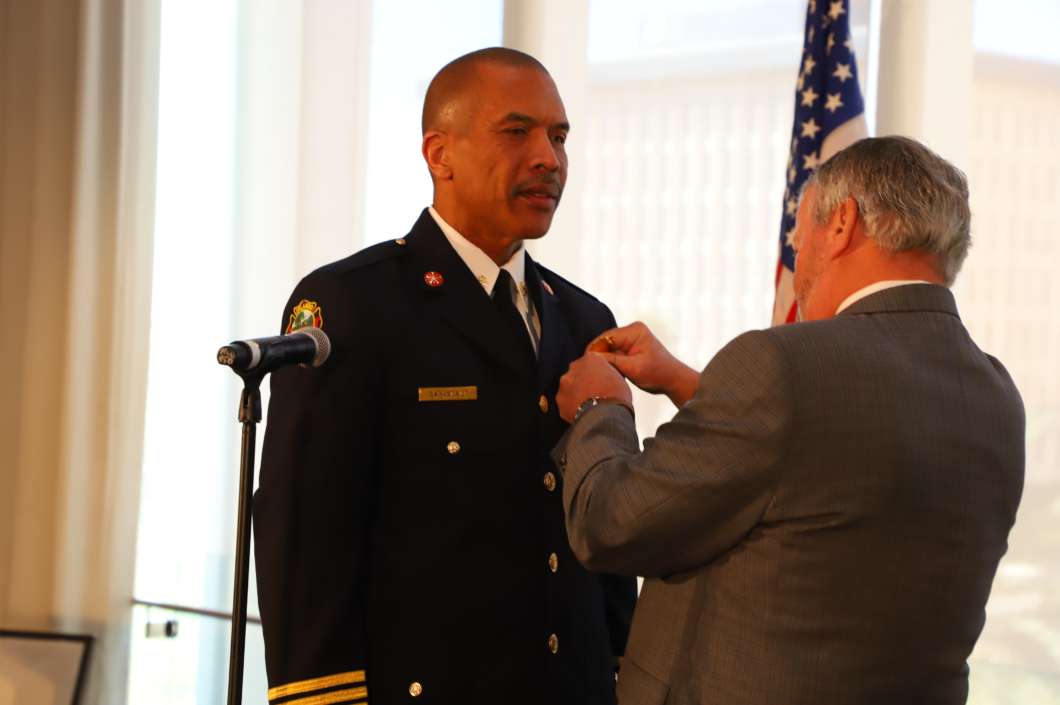 The City of Orlando has a new fire chief–Benjamin Barksdale Jr.

Barksdale says he’s about a third of the way done with the 51 station visits he’ll be making to meet with firefighters on every shift in the city.

He says he’s been asking them what they would change about the department and he says there’s been some common themes.

“There are some exclusions that different groups have been excluded. Not only women and minorities but just the way that the work force is set up and how assignments are made between engines, ladders, and rescues.”

Today we turned over the command of the @OrlandoFireDept to our 20th Fire Chief – Benjamin M. Barksdale, Jr. I’m confident that under Chief Barksdale’s strong, capable leadership, OFD will continue to deliver the highest level of safety and fire protection for our community. pic.twitter.com/lNtgPhVeUh

That’s why he says he’ll focus on increasing the diversity and inclusiveness of the workforce which he says is currently only 20 percent female, and 44 percent African American.

Mayor Buddy Dyer says Barksdale brings over 32 years of experience to the position including most recently as fire chief of Prince George’s County, Maryland.

Dyer said he also has a track record of building a work culture where everyone has a seat at the table.

“Every once in a while it’s good to take a check outside of the department. See if there’s somebody that could provide a little different perspective. And I think that’s what we need right now as we try to make sure that we have a fire department that’s reflective of our community.”

Williams who denies any wrongdoing filed an EEOC complaint saying he was forced to resign by the city.