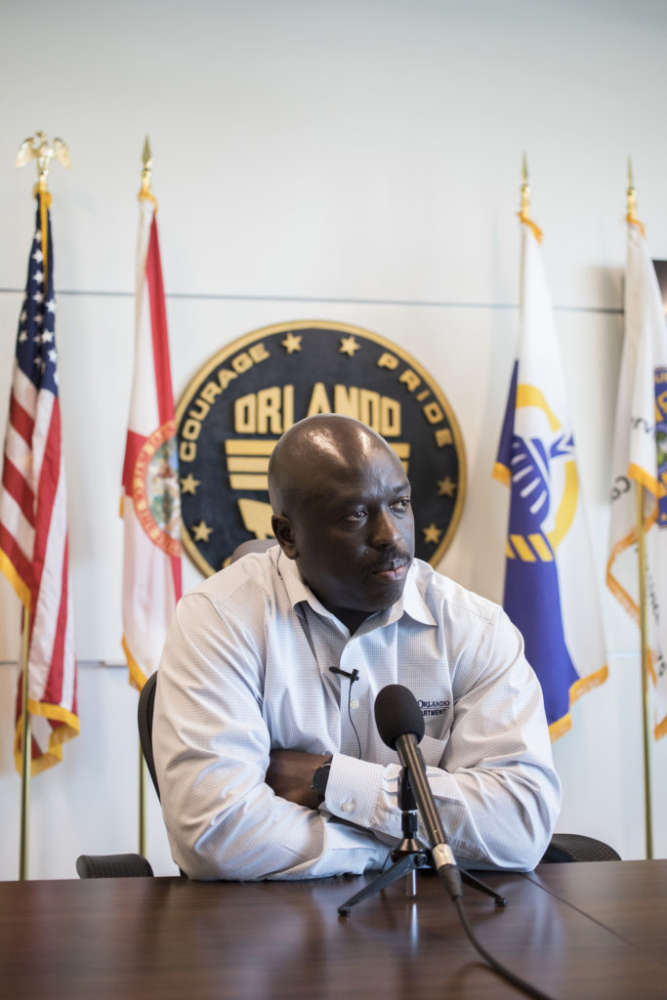 A female assistant chief accused Roderick Williams of inappropriate comments and full-body hugs. She said she was passed over for promotion and also demoted to a less prestigious division.

The city hired an outside law firm to investigate the complaints. In 2018, that investigation concluded that it could not substantiate any of her claims, and that even if they did occur, it would not have been enough to violate the law. In his resignation letter, Williams denied the charges.

It also openly questioned the female chief’s reasons for making the complaint and the timing. “It suggests that chief [name redacted] does not have an altruistic motive for these complaints.”

But an Equal Employment Opportunity Commission report concluded there was evidence of sexual harassment in the fire department. And the issue may go beyond the chief, as the EEOC complaint also said there is evidence two deputy chiefs engaged in sexual harassment.

The EEOC also says the city’s investigation into William’s harassment was “faulty and biased.” The commission proposed a settlement with the city.

“The determination is also frustrating in its lack of specificity, for example, concluding that discrimination occurred by two of the three current Deputy Chiefs, although not identifying these individuals by name nor identifying any specific acts of discrimination,” Morgan wrote, adding that city employees were not directly interviewed by the commission.

“Notwithstanding the above concerns with the EEOC investigation, the City recognizes the gender gap that exists both in the firefighting profession across the country as well as within the Orlando Fire Department,” Morgan wrote. “The City has developed a plan to identify challenges, act on recommendations, develop solutions and improve the overall work environment of the department for female firefighters.”

In a statement, the city says it has done inclusiveness training for the fire department’s leadership, revised its anti-harassment policy and made physical changes at fire stations to give women private, secure areas. A task force will also develop benchmarks and strategies to increase the number of women in the fire department.

“One of our core values at the City of Orlando is to ensure that everyone who works here is treated with dignity and respected in the workplace,” the statement reads. “We are disappointed the EEOC has found this didn’t occur within the Orlando Fire Department in this particular case.”