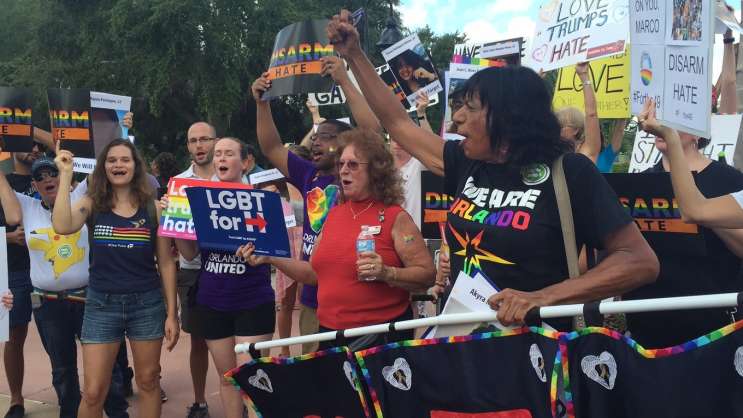 The American Renewal Project is a two-day event in Orlando, which organizers say is designed to get evangelical faith leaders involved in the political process.

But the event didn’t just draw big-name speakers in Trump and Florida U.S. Senator Marco Rubio, it also drew more than 100 protesters in the blistering sun.

They called this an anti-LGBT event because they say some speakers have made derogatory remarks, and one of the speakers defended the Kentucky clerk who tried to block same-sex marriages.

Protesters chanted and held photos of those who died at the Pulse Night Club shooting. Celia Ruiz lost her brother at Pulse. “On the two month anniversary of the Pulse massacre, Orlando has not recovered, my family has not recovered, no one has recovered. Shame on them for doing this in Orlando today and tomorrow,” said Ruiz.

Rubio has called this a gathering of faith leaders and not an anti-LGBT event.