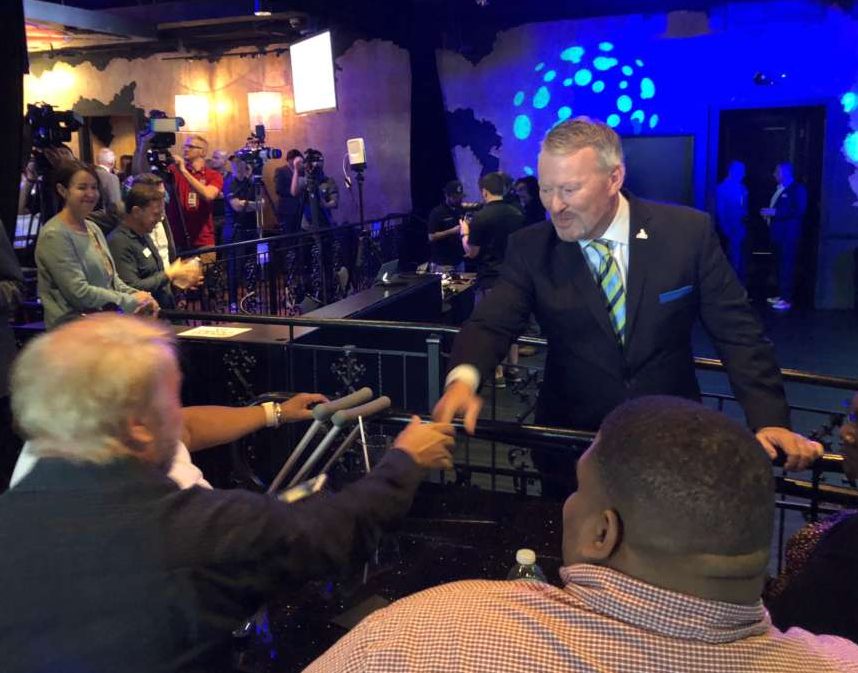 It’s election day in Orlando and across Central Florida. Here’s a breakdown of the races to keep an eye on in Orange, Lake, Brevard and Volusia counties.

Remember, polls are open until 7 p.m. Bring a photo ID with a signature on it to vote. And make sure to tune in to WMFE and WMFV from 7 to 9 p.m. Tuesday night for special election coverage.

The mayoral race is between four-term Orlando Mayor Buddy Dyer, District 6 Commissioner Sam Ings, and Navy veteran and businesswoman Aretha Simons. Dyer is running on a track record that dates back to 2003.

“I think the voters know where I stand on issues, they know I get things done, they can trust me. I think they like the leadership that I’ve developed.”

“When I knocked on doors these last two years, people were saying that it was time for a change. We just feel like things are shifting in this community and people want things to shift.”

Check here for interviews with all three candidates for mayor.

In Lake County, the cities of Clermont, Tavares and Minneola are all choosing city commissioners, while Mount Dora and Mascotte are choosing mayors. Clermont is voting on whether to put term limits and residency requirements in place for commissioners.

Mount Dora has seven – yes, seven – charter amendments on the ballot, but most are housekeeping in nature. All except for one that would eliminate runoff elections if candidates don’t get more than half of the vote.

The city of Tavares is asking voters to approve borrowing $27 million dollars to build a performing arts center and garage.

And in the town of Montverde, population 1,800, voters are being asked if they want to hire a professional city manager, or have the elected mayor keep running things.

Palm Bay voters will decide if they want to make it a little easier for citizens to get petitions on the ballot. Another measure would require a majority of property owners to agree before a special tax assessment can be put on the ballot.

And Cape Canaveral voters are being asked if the city can trade offer tax exemptions to businesses that promise to bring in full-time jobs.

The city of Oviedo has two seats up for election – and no incumbents on the docket.

Another longtime city commissioner Steve Henken also did not run. Barry Cammack and Judith Dolores Smith are vying for that seat.

The city of Lake Helen in Volusia County will also choose a mayor today.