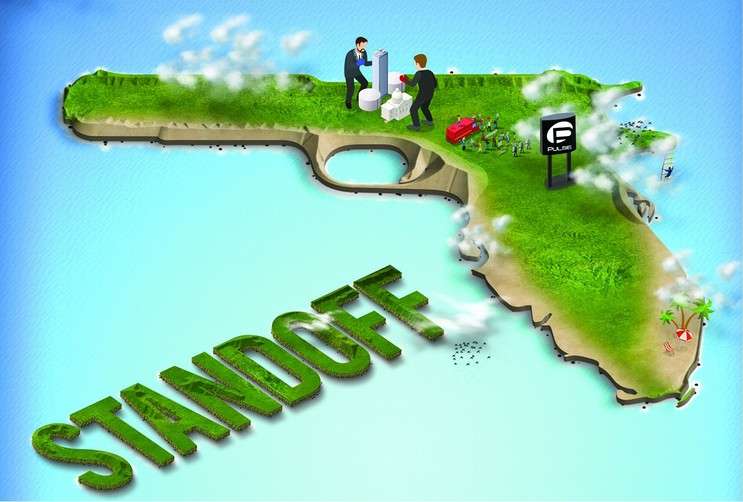 Survivors and family members of victims of the Pulse massacre plan to testify in front of Florida lawmakers in the coming months in support of a measure that would ban the sale and possession of assault weapons and large-capacity magazines.

The bill includes a long list of specific assault-rifle models, including the Sig Sauer MCX rifle used by the gunman at Pulse to kill 49 people and injure at least 53 on June 12. State Rep. Carlos Guillermo Smith and Sen. Linda Stewart, both Orlando Democrats, filed their respective proposals in the Republican-dominated Florida Legislature, where it stands little chance of success. So far this session, conservatives have filed bills to allow concealed-weapons licensees to openly carry handguns in public and to allow people to be armed on college campuses, in airport passenger terminals, at government meetings and elementary and secondary schools.

But after Pulse, gun reform advocates say they’re done playing defense against proposals backed by the gun lobby. Patti Brigham with the League of Women Voters of Florida, says advocates’ sheer force in numbers could make a difference this year.

When Siclaly Santiago-León goes up to Tallahassee, she wants to tell lawmakers about the desperation and anguished screams from families that day when they realized 49 of their loved ones, including her cousin Luis Daniel Wilson-León and his partner, Jean Carlos Méndez Pérez, would not come home. Santiago-León believes her cousin was killed partly because of the state’s minimal restrictions on gun purchases, and she says she’s not going to let him have died without people knowing why.